2018 Midterm Election Summary in a Little Over 300 Words 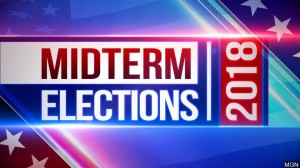 It’s disappointing that the Dems were able to gain control over the House. Their resolve to destroy President Trump will no doubt surface in the way they oppose border security, tax cuts and anything else he would do in an effort to live up to his campaign promises.

There’s only been five times in the last 105 years that an incumbent President has won seats in the Senate. For President Trump, that is incredibly significant given the way the Democrat party was certain they would be able to overwhelm his agenda with their “blue wave.”

The Senate controls Supreme Court nominations and despite the fact that the Democrat-controlled House will most likely introduce articles of impeachment for Trump, it would have to be approved by the Senate and the chances of that happening are slim.

It’s significant, too, that, with the exception of West Virginia, every Democrat incumbent in battleground states that opposed Kavanaugh, lost to their Republican opponent. Recently, an FBI report was published that found Kavanaugh innocent of the accusations made by Ford. The thing about that is, it doesn’t make a real difference, does it? The only thing that matters is the accusation. That fact that it’s “out there,” is a permanent stain on the man’s character. The fact that the FBI found him innocent isn’t relevant. From the standpoint of the Dems who were determined to resist Trump – mission accomplished. But, it would appear, that some paid for their participation in this despicable smear campaign by having to give up their seat in the Senate.

Frankly, I find that encouraging.

We live in interesting times. Make a point of maintaining your best “Issachar” on and continue to pray intelligently (1 Chron 12:32; Psalm 2:1)! Trump did well, given the opposition of the Democrat party and the incessant demonizing at the hands of the media. Yes, the hill got a little steeper last night, but we’re still moving forward and that’s a good thing!