An Open Letter to Hillary Clinton 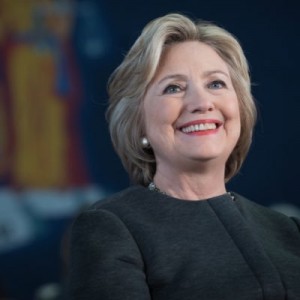 I wanted to write to encourage you to consider the possibility that you didn’t lose the election because you didn’t market yourself well enough. I believe that the media machine you had working on your behalf to ensure that both your message and your image were being communicated in the best possible way was more than intact. I would add that, given some of the scandals you were associated with and the criminal and even treasonous implications that go along with those actions, the fact that you endured as a viable candidate reinforces both the quality and influence of your public relations machinery.

The reason you lost is because your platform was rejected. Despite your best efforts to demonize Trump as a vulgar and unqualified candidate, his ideas, his perspective and his intentions were nevertheless heard and embraced as a much needed change in direction where American policy and legislation was concerned.
It’s intriguing to see how the former administration was able to promote a form of political activism in the guise of compassion and equality. Given his 20 years at the feet of one who championed Black Liberal Theology, his background as a racial activist and the theories that have been advanced as far as his resolve to destroy the America that he believes to be an imperialistic villain, it’s no wonder that we are now faced with an unsustainable amount of debt, a doctrine of entitlement that has never been more rampant, a reputation within the international community that is shameful and a lethal level or racial unrest that is in place because of political maneuvering more so than than it is popular opinion.

This is the agenda you sought to perpetuate but with added elements of socialism.

You don’t need to agonize over what you could have done differently, save abstain from the acts that are either presently being investigated or will be in the near future. I say that to encourage you because, again, it wasn’t your marketing, it was your mantra.

I doubt you’ll change your views. I wouldn’t expect you to, anyway, given your background with Saul Alinski and the legacy of your husband. There is one thing, however, that I think you could do that would resonate in a truly positive way as far as how all this will all look to those who study American history years from now.
Work to re-establish the dignity of your party. I’m not oblivious to the dark past of your party’s history. However it’s been airbrushed by contemporary academia, everything from Old Hickory to the Civil Rights Act of 1964 to your current “foundation” – no one’s clueless about that. But the toxic tone of your party’s rhetoric as well as their behavior is unconscionable. If you feel like you have a viable point to make, encourage your constituents to honor the rule of law, acknowledge the absolutes that exist and let your voice be heard in the context of sensible dialogue rather than the fever pitch of violence, conspiracy theories and whatever nonsense is being concocted to offset the reality of Progressives not being in charge.

You lost the election, but you still have a platform – at least for now. Use it to serve your country rather than your party. If your party has a future, it will be because they chose to make their point in the context of humility and moral excellence rather than severed heads and mock assassination scenarios. You’re no longer a candidate, but you can still be an example and a force for good. I sincerely hope that you choose the latter.

Have a great day!