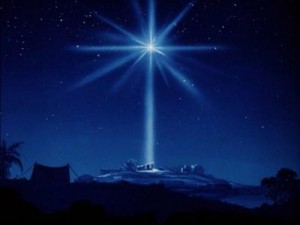 So, the question on the table is:

Christmas: A celebration of the birth of Jesus Christ, or is it a pagan holiday as some others suggest?

In the aftermath of Constantine’s conversion, persecution of Christians came to a halt and dates set aside to honor pagan deities were “retooled” and made into “holy days” (holidays [click here for more information]). This campaign would contribute to what we now know as Christmas Day, celebrated on the 25th of December. Initially, it was a pagan celebration, but in the end, it’s a date. What matters is what’s being focused on today in the context of “Christ’s Mass.”

Some get distracted by the way both clergy and laypeople alike, supposedly acting on behalf of Christ, have been revealed as being more focused on their own agenda than they were on the gospel. Dickens refers to this dynamic via the Ghost of Christmas Present who responds to one of Scrooge’s sarcastic remarks about corrupt clergy and the established church by saying:

There are some upon this earth of yours,” returned the Spirit, “who lay claim to know us, and who do their deeds of passion, pride, ill-will, hatred, envy, bigotry, and selfishness in our name, who are as strange to us and all our kith and kin, as if they had never lived. Remember that, and charge their doings on themselves, not us.

It’s true. But while it’s easy to be distracted by whatever corruption or distortion has clouded the purity and the profound nature of the Christmas holiday, you don’t ever want to evaluate a system according to the way its abused. Yet, that’s the foundation upon which most of the cynicism directed towards Christmas and Christianity in general is based.

It’s sad the way the significance of Christmas gets lost. Instead of a reverent celebration of the arrival of Immanuel, some sneer and even spit, convinced that it’s a hold over from some ancient con designed to intimidate the less enlightened. They say Christ is nothing more than a random member of a fairly large club of fictitious religious figures and the narrative of Jesus is more nostalgic than it is profound.

But to compare Christ to a mythological figure is like comparing a Medal of Honor winner to a comic book character. How many revival meetings have been scheduled to promote Odin or when was the last fund raising campaign scheduled to raise funds for a new building dedicated to the worship of Zeus? And it’s not that Christ is more popular as much as it’s the distinctive nature and the substance of the Gospel.

Have you ever really considered what Christianity would look like if it was the sham that some insist it truly is? Why make your hero an unemployed carpenter who is neither rich nor especially smart, given the way he goes on and on about the fact that he’s a god? In the mind of Rome, he’s a traitor. In the mind of the established religious infrastructure, he’s a heretic. Either way, he’s dead and so is anyone foolish enough to side with him. It gets even ludicrous when he says he’s going to be killed, but then he’s going to rise from the grave. He could’ve just as easily said that he was going to rise “spiritually” and people would’ve embraced it. Instead, he said he was going to rise bodily. How are you going to pull that off? Even his closest followers tried to reason with him and talk him off the ledge (Matt 16:23). They didn’t get it and they certainly didn’t believe it (Lk 18:33).

In the aftermath of the crucifixion, though, they were right where you would expect them to be. They knew their Champion would rise and they were willing to brave the Sanhedrin and the Roman government and be there to greet Christ as He emerged victorious from the tomb…

Makes for a great brochure, doesn’t it?

But the Bible isn’t a promotional piece. The disciples were hiding, doing their best to stay out of sight, knowing full well that their association with Christ represented a huge liability. They deserted their Teacher and silenced all former proclamations of His Messianic Identity (Mk 14:31, 50; 14:71; Jn 20:19).

But then the next thing you know, there they are in the middle of a crowd, taking their lives into their own hands, telling the masses that they had crucified their King, but it was all part of a greater Plan (Acts 2:23-24). He did die, but He is risen which means that the human experience has just been revamped. No longer are we pursuing significance in the context of things that are destined to die, quit and change. No more do we reach for our Creator, knowing full well that we are forever separated by a debt measured in eternal terms that we are incapable of satisfying. It’s all good, because it’s all God and it’s all done!

Do you smell that? That’s the aroma of a Divine Solution that only God could engineer and while the Ultimate Exclamation Point was the empty tomb, the beginning of the sentence was…

…a teenage virgin giving birth to her first born in a barn.

Don’t make the mistake of dismissing Christmas as a pointless reinvention of an ancient, pagan ritual. Regardless of the all-to-human heritage associated with the day, in the end, it’s not the date on the calendar that matters, as much as it’s the Event that’s being acknowledged.

And it is an Event. It’s not a stained glass fiction or a sanctified tradition that borrows from ancient superstition. It’s the best news the human race has ever heard and the best decision a man could ever make is to accept the gift that’s represented by that baby in the manger.