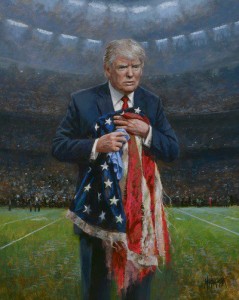 I wanted to take a moment and offer you some words of encouragement and affirmation.

I’m currently reading “The Churchill Factor: How One Man Made History.” Its a great read in that you’re getting some insight into a man that, while he was loathed by some of his peers, it was the very characteristics that they disliked that made him the right man for the job at that particular point in history.

I’m not talking about some of his more vulgar habits as much as I’m talking about his outspoken manner, his assertiveness and his resolve to get things done regardless of the innumerable naysayers that seemed to dominate the headlines and the cultural elite.

With Hitler you had two sides in Parliment: One side wanted to compromise and make a deal with a tyrant that posed as a reasonable individual but was, in truth, a violent and unstable dictator whose only absolute was power. The other side knew that Hitler couldn’t be trusted, yet they questioned whether or not he could be opposed.

He had ransacked the whole of Europe with a military machine that posed a very real threat to England. You could say that making a deal might’ve been the prudent thing to do in the interest of saving hundreds of thousands of lives. But Churchill knew instinctively that to enter in any kind of negotiations was to be dialoguing with the devil. He stood firm. He listened to the voices of the populace that valued freedom and truth as well as his own conscience. He took to the the airwaves to saturate the cultural atmosphere with messages that inspired noble thoughts of right defeating that which was wrong. In some instances, he exaggerated England’s strength in order to stir up a “can do” attitude. He never bowed before the idol of popularity, he never compromised his principles and because of that resolve he was able to defeat the power of facism and unconscionable evil.

Your message of “Make America Great Again” is dead on. While we are not fighting Hitler we are nevertheless fighting a mindset that it is amoral, irresponsible and genuinely lethal.

It’s a disposition that says if something can be defined as “legal” is is therefore “right.” It’s an attitude that says individuals are not responsible for their actions. Rather, it is someone else’s responsiblilty to clean up your mess, subsidize your mistakes and justify your behavior. It demonizes America’s heritage, it scoffs at God, it sneers as the law and yet insists it’s the law alone that can change a person’s thought process. It’s a cheap and pointless version of who America is, what it’s capable of and the beacon of hope and Truth that it has been in the past.

Stay the course, sir. Your are right on so many fronts. Our borders do need to be protected, our industry needs to be enccouraged, our government needs to be streamlined and the incessant lies proclaimed by the corrupt and the mindlessly greedy need to be revealed for what they are and brought down on their own heads.

And do not be influenced by this most recent display of teens insisting that their lives matter more than guns. They have a point in that their lives do have value. Their posters should send tremors of truth through the landscape of those that insist on Pro Choice. But aside from that, it’s the fact that their lives do have value that the focus should be directed towards those are pulling the trigger and not the trigger itself. Once again, you see the liberal mindset on display that says you can eliminate criminal behavior by simply making it illegal just like you can make something that is outrageously immoral acceptable by making it legal.

Your platform is precisely what this nation needs in the way it underscores a philosophical given that is intentionally ignored by those political paradigms that seek to win votes at the expense of what’s True. A man is responsible for his actions. He will not be encouraged every step of the way, he will be inclined to make poor choices but he will also be exposed to the Power he requires in order to make good decisions. Inspire your country to make good choices and be able to enjoy the benefits that go along with it. Direct them to the God our forefathers appealed to for the victory and the wisdom needed to form a nation that is unique among all others to this day. Do this with your policies, your determination and your tweets.

You’re doing well, sir! This is more than a fight for a party majority, it’s a fight to hold on to and build back up the foundation that has been negelected for a long, long time. It’s inscribed on the Liberty Bell, it’s referenced in our Declaration of Independence and it burns in the heart of every American.

The kind that falls under the heading of the “unalienable human rights” that are given to us by your Creator. Not socialism, not fascism nor any of the dynamics veiled by the Left in the context of “social justice” or “compassion.” Freedom beginning with the Divine value you have as a child of God and the freedom that blossoms every time you deploy the Power He gives you in the context of wise, moral and productive decisions.

Have a good day!