Is America More Depraved Than Other Nations? 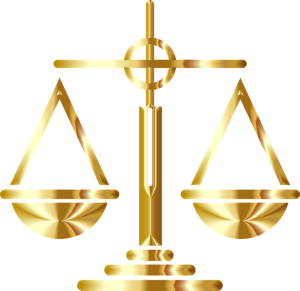 The questions is, “Is America more depraved than other nations?”

This comes from the questions that are voiced in the context of the debate pertaining to gun control. Some want to believe that increased legislation will solve the problem of gun related crime, others are insisting that it has nothing to do with laws as much as it has to do with the culture producing the villains pulling the trigger. Those who lean towards a legislative solution mockingly ask if America is more depraved than other nations, implying that in order for the cultural perspective to be credible, it would have to be demonstrated that America is more depraved than her international counterparts.

The answer to the question is, “Yes!” But not so much in terms of the number of people that are willing to commit murder, although that is the case in some instances. The real depravity is represented by the volume and the philosophical foundation of those voices that insist on targeting the legal system for resolution as opposed to the culture that’s producing the villains that are pulling the trigger. To adopt a conviction that criminal activity can be remedied simply by crafting new laws or changing existing ones is to ignore, not only the testimony of history and the cultures of nations that have lower crime rates, it flies in the face of the Absolute Truths that are communicated in Scripture. From that standpoint, it encourages a lack of accountability on the part of those that are guilty of murder and it creates a more humanistic environment that seeks to distance itself from any notion of personal responsibility and moral Absolutes.

Question: Who is Lee Harvey Oswald?

Think about that for a minute…

Japan has a remarkably low crime rate. Not just in terms of criminal activity involving firearms, but crime in general. The reason is not due to the availability of weapons as much as it’s a cultural dynamic that awards an outrageously lethal stigma to anyone who engages in criminal behavior. That’s not to say that it doesn’t have a darker side, but it is nevertheless a relatively safe country because of the culture.

…because of the culture.

Better laws don’t make better men. If the law in and of itself was sufficient, the fact that murder is illegal should be enough of a deterrent to prevent people from killing one another. But it doesn’t. What yields the lower criminal activity rate in Japan is the philosophical makeup of their citizenship and not the legal fibers that comprise their national legislative tapestry.

The United States depends on that dynamic as well. Os Guiness once said, “The framers also held that, though the Constitution’s barriers against the abuse of power are indispensable, they were only “parchment barriers” and therefore could never be more than part of the answer. And in some ways they were the secondary part at that. The U.S. Constitution was never meant to be the sole bulwark of freedom, let alone a self perpetuating machine that would go by itself. The American founders were not, in Joseph de Maistre’s words, “poor men who imagine that nations can be constituted with ink.” Without strong ethics to support them, the best laws and the strongest institutions would only be ropes of sand.”

Another quick question: Who is John Wilkes Booth?

Consider the nation of Switzerland. They are also listed along with the Japanese as having one of the lowest crime rates in the world. All young men are obligated to serve in the military and after being discharged, many take their military grade semiautomatic weapons home with them. Despite the large number of weapons in the hands of the citizenry, their murder rate is way below that of Chicago. Again, the reason for this is obviously not in the manner in which they try to control the distribution of guns in their country, rather it’s the inclination on the part of the individuals who make up the Swiss population to commit murder. That is significant given the fact that in Switzerland, there are 40 gun homicides a year compared to fact that in the US there are 31 every day and most of the violent crime committed in Switzerland is committed by foreigners.

It’s not the “law” that makes the difference. It’s the character of the individual and the extent to which they’re willing to abide by the law.

Lee Harvey Oswald assassinated John F. Kennedy. John Wilkes Booth killed Abraham Lincoln. Their names are known, not the caliber of the weapon nor the due process or the lack thereof that allowed them to procure the weapon they used to kill their victims. Their names are known because their crime was associated with their personal depravity and not their gun permits.

What is the name of the individual who murdered the 17 students in Parkland, Florida?

If you’re like most, you have to google it to look it up.

Nikolas Cruz is a heinous human being. Yet, you don’t hear his name very often. Rather, all you’re hearing is about the “system” that allowed Cruz access to a weapon.

Not only is murder illegal, it’s cruel and despicable. The difficulty in procuring a gun is incidental in the mind of a person who’s determined to randomly end the lives of 17 young strangers. Another law is not going to make a difference in the rationale of someone who’s already resolved to disobey, not only the law, but every moral impulse that would otherwise govern a decent human being. And to insist otherwise is…

It’s depraved because it doesn’t look at Lee Harvey Oswald or Jame Earl Ray or John Wilkes Booth. It looks at pistols and rifles and gun permits for the same reason it looks at the lack of free contraceptives, the fact that a designated driver wasn’t available or a difficult childhood as a way in which to create a blameless culture where wickedness doesn’t exist, only flawed systems.

It’s the same rationale that dilutes Christianity down to a code of ethics by saying,  in the words of John Shelby Spong, “Christianity is, I believe, about expanded life, heightened consciousness and achieving a new humanity. It is not about closed minds, supernatural interventions, a fallen creation, guilt, original sin or divine rescue.”1 While that may not be the spiritual paradigm of every person that thinks editing the Second Amendment is a logical course of action, it is nevertheless the philosophical mantra of its strongest advocates (69% of atheists identify themselves as Democrats).

Sin is a choice and it’s one that you are responsible for. That is the one of the Absolutes that opponents of Christianity despise the most.  Evil is relative and wherever wrongdoing can be identified, it is the result of outside forces and not the sinister impulses of the individual themselves. God is dismissed as a Redeemer since He’s also the Author of the dynamic that incriminates human kind to begin with.

No mention is made of man’s choice to dismiss God and promote themselves as their own Absolute. An option that needed to be available in order for love to exist. An option that was explained as being lethal, yet embraced nevertheless believing themselves to be equivalent to and therefore deserving of the Divine Platform that governed their existence.

A choice that would require God Himself to die in order to satisfy the eternal debt incurred as a result of man’s depravity.

A choice that could be temporarily medicated with a legal code – a system of laws that allowed for a short term removal of the lethal stigma man wanted over the unpolluted fellowship God had originally put in place.

That body of legislation, however, that could not effect any real solution because man’s character is such where the fact that something is written down doesn’t affect any real change in their resolve to be immoral.

That is the Message of Scripture, it’s the mindset of our Founders, it’s the testimony of history, it’s the reality of those nations that have lower crime rates and to believe otherwise is…