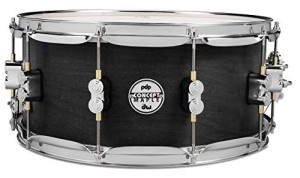 I taught for five years at the Armed Forces School of Music. You can provide a student with the instrument, the curriculum, the encouragement and every resource and facility they could possibly need or want…

But did they practice?

Today’s Socialist / Activist wants to insist that every student is a studio quality musician. They believe that if the government provides a Concert Grand Marimba or Yamaha kit, the sounds coming from those two mediums is going to be exceptional.

But that’s not the case, because the hardharger in question doesn’t know the difference between the Musser Grip or Matched Grip and couldn’t tell you what it is to prep and kick a big band.

So, the government takes another step and adjusts the definition and the standard of a “studio musician.” Now you don’t have to worry about the metronome or the key you’re in. Just hit something and you’re going to be applauded.

So then they say the audience needs to adjust their musical sensibilities and criticizes anyone who doesn’t give a standing ovation for what amounts to a performance that is fundamentally lacking. Excellence is demonized and anyone who has worked and prepared is categorized as corrupt and guilty of having somehow exploited others in order to get to a place where they can deliver a quality performance.

And then it gets even worse.

That Socialist now comes back to you and me and insist that we change the way we grade and the way we teach. They introduce an “approved” curriculum in the name of “equality” and “compassion.”

But what if they don’t practice?

You have a paradigm in place now that processes everyone according to their “group identity.” However they practiced doesn’t really matter – it’s not what an individual strives to achieve or fails to do. Rather, all absolutes are now dictated by the Socialist – they “achieve” equality by changing the Standard by which excellence is gauged.

And, inevitably, that Standard includes Truth and even God Himself.

In this country, the issue is rarely whether or not you have “opportunity.” Saying college is impossible is not true. I can testify in that my father went to prison my senior year in High School – there was no money for higher education. But I was able to complete my degree while serving in the USMC. It’s not whether or not you “can,” as much as it’s about whether or not you “will.” And that doesn’t mean it’s easy, but to twist what’s difficult into a form of systemic oppression is to adopt a disposition that is as cowardly as it is nonsensical especially when every systemic criteria you would point to as being responsible for an individual’s situation is inevitably revealed as an emotionally packaged strategy to distract from the one question that Socialists in this country will not tolerate…

College Entrance Exam Part I Everything You Know...