Do Intelligent People Tend to Not Believe in God? 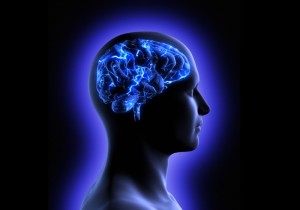 A recent article in Christianity Today entitled “Why Intelligent People Are Less Likely to Be Religious” does a great job of quantifying that headline so the reader walks away with a perspective that accommodates the truth that it’s not just a matter of intelligence, there are other factor at play. Here’s some additional observations:

It’s not a matter of intelligence. Some of today’s most brilliant minds are people of faith. It’s not intelligence, it’s a toxic kind of pride that says the universe and the complexities of the human experience can be wholly explained according to the number of letters you have after your name.

The fact is, the term “atheist” is a bit of a misnomer. It’s not that an atheist doesn’t believe in God as much as they believe that they’re looking at him every time they see their reflection in a mirror. They define their morality as well as the common good. They regulate the origin of the cosmos to a theory, that while completely devoid of substance, is nevertheless defined as “science” and they justify their perspective by believing that one day “they’ll figure it out.” They take Romans 1:20 and substitute themselves and their idea that human knowledge is, in and of itself, divine.

A good example of this is Creation. Most evolutionary theories are predicated on the preexistence of natural laws. Gravity, biological reactions, chemical properties, mathematical equations and even the existence of time are all assumed. Yet, these are all orderly systems that didn’t spring up out of nowhere. And however ethereal it may sound, any kind of “law” has to proceed from a law giver. It’s not just the notion that two particles fortuitously collided and precipitated a chemical reaction that resulted in the beginning of a planet that would then have the capacity to “evolve” and produce a single cell amoeba which would, over the course of billions of years, become a fingernail. You first have to have gravity and you have to chemical and physical laws. If you start with the cosmological equivalent to the null set, you have a zero with a slash through it. You don’t just have an empty space, you don’t even have a space.

I heard a speaker once refer to Genesis 1:1 as a “trinity of trinities…”

“In the beginning, God created the heavens and the earth…”

And all of this had to happen simultaneously. You can’t create something unless you’ve got a space to put it in and a moment for it to exist.

While it boggles the mind, it simultaneously reveals those who flash their intelligence and academic credentials as being outrageously arrogant. It’s not that you can’t learn and observe and become wise. But you have to begin with a philosophical paradigm that says there is a profound organization that characterizes the created order, and this ordered system had an Architect. Remove the Architect and you’ve got a senseless chaos that cannot be rationally observed because, by definition, it has no rational basis.

It’s not about intelligence, it’s about pride.