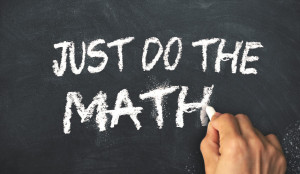 Given the way in which the number of new cases and the ever increasing death toll of the Coronavirus are being constantly promoted, it becomes very easy to believe that the only way in which we’ll ever completely beat this thing is to hide our faces and close our doors.

The problem, however, is that there’s other credible authorities weighing in on this approach with a completely different perspective – and they’ve got both the credentials the studies to prove their point.

First and foremost, we are the only country in the West who are not opening up their schools in the Fall. Dr Scott Atlas is the Robert Wesson Senior Fellow at the Hoover Institution of Stanford University and a Member of Hoover Institution’s Working Group on Health Care Policy. He had this to say…

“You either believe in the science or you say you believe in the science and act contrary to science. The science says — and this is data from Iceland, Sweden, Switzerland, the Netherlands, France, the U.K., Australia, Canada, Ireland, everywhere in the world, Germany, everywhere in the western world has shown that children do not transmit significantly to adults, even their own parents, and that teachers are not at higher risk of getting a disease like this disease from children. You either believe the science or not. You can’t insist you believe in the science and then act contrary to science. And, by the way, like I said, we are the only country not opening schools. This is absurd” (to read more about this, click here)

As far as the numbers of new cases, this all stems from the surge in tests that are being done. While that may sound like a logical reason to be concerned, bear in mind that in Florida the number of testing errors ranges from countless testing sites dubiously reporting 100% positive cases as well as scenarios where what was originally reported as a 98% was actually 9.4%. If that sounds suspicious, it should.

Finally, however you want to “lean,” in terms of caution as opposed to fear, the one thing that you should keep in mind is that you have a greater chance of dying in a car wreck than you do from COVID-19. This is based on a recent report that had the fatality between .5 and 1%. The chances of your dying in a car crash is .97%.

Pause for a moment.

Some have accused those who would see life return to normal as being guilty of a disposition that would, “...trade the elderly for the economy.” If that logic were sound and we would limit any activity that poses a comparable amount of risk, then we could just as easily say that anytime we’re getting into a car with our family we are sacrificing the lives or our children for a quick mode of transportation.

There is a nonsensical approach being deployed when it comes to COVID-19 and several examples of corruption in the way statistics are being calculated.