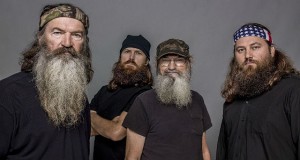 The challenge is: How do I talk with someone in a way that make Christ look appealing when their whole approach to life and morality is based on a platform that dismisses Biblical Absolutes as antiquated, limiting and irrelevant?

But the question is not whether I have to the capacity to accept what is different. Rather, it’s whether or not I am willing to embrace what is wrong. And here’s where the dialogue becomes difficult to navigate apart from a spiritual perspective.

My definition of “moral” is intentionally based on Biblical Absolutes. My interpretation of those parameters is one that perceives them as keys to success as opposed to burdensome obligations (John 8:31-32). But that paradigm is foreign to the person who’s on the outside looking in as far as an authentic relationship with Christ and they always will be.

As humans, we’re antagonistic to God’s Word and the way in which He defines moral behavior:

So my coming up to someone who doesn’t subscribe to the way in which God has designed things and attempt to tell them that they’re driving outside the lines – that’s not going to make a dent. Whatever they have determined is going to make them happy is now being threatened by an approach to morality that they neither understand nor agree with. You can’t expect to get very far given that dynamic as a starting point.

You’re Not Supposed to Judge

To remain silent is not an option. Some will insist that you’re not supposed to “judge,” but that’s not true. Anytime Jesus said “Your sins are forgiven” He was acknowledging there was dirt on the floor that needed to be cleaned up.  We’re admonished to identify shortcomings both in ourselves and others in order to avoid running off the road, but it has to be done in a way that produces a positive result (see Matt 18:15; Jas 5:16; 1 John 1:9).

It’s important to realize the difference between judging, training and punishing. Jesus never condemned anyone while on this earth, though He would’ve been completely justified in doing so. But while He didn’t condemn someone for their actions, He never hesitated in identifying sin. It’s through the identification of a problem, that you’re able to effectively address it. To say there is no problem is to deny both the obvious as well as the needed remedy.

So, it’s important to judge in order to keep our blind spots from becoming lethal. At the same time, it’s absolutely crucial to do it in a way where the result inspires a positive response.

Consider the chart below:

Again, Jesus didn’t hesitate in identifying a particular act as sinful, but He did so in a way that targeted the source of the problem and not just the evidence of it, and that’s key. In John 4:16-19, Jesus is able to bring to light the fact that the woman He was speaking with had a morally checkered past. But He did it in a way where the woman’s response was centered on the One Who defined morality as opposed to defending the morality of a certain behavior.

So What Do You Say?

Phil wasn’t wrong in what he said and insisting that the media backlash would’ve been less had he said it in a different way is speculative at best. The only thing we can do is take our cue from Christ and let that be our template.

Going back to John 4, you see how Jesus is able to acknowledge the woman’s lifestyle without making that the centerpiece. The issue is sin and not just a bad lifestyle.

When we converse with someone, it’s important to ensure that we don’t view our situation as any better than the person we’re talking to. Regardless of their lifestyle, we’re all sinners desperately needing a Savior (Rom 3:23).

For I resolved to know nothing while I was with you except Jesus Christ and him crucified. (1 Cor 2:2)

That’s the bottom line. If the conversation drifts away from the one central Truth, communicated in a way that has your audience leaving their water containers behind to go and talk to the very people she was hoping to avoid earlier that day, then we need to make sure we’re streamlining our verbiage to accommodate only those things that truly matter.

Jesus Christ and Him crucified. Robertson said at one point that it’s God’s job to sort everything out. That’s true. Until them, all we’re expected to do –  and all we can do – is present Christ and let Him sort everything else out. Frankly, when it comes to these kind of scenarios, it’s not only our best approach, it’s the only one that yields any real results.

Want to see how much you learned? Take the quiz…