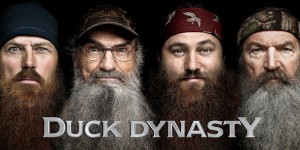 The recent comments of Phil Robertson, as far as his disagreeing with the homosexual lifestyle is neither inaccurate nor cruel, they’re just not welcome.

The LGBT (Lesbian, Gay, Bisexual, Transgender) crowd maintains that their platform is based on honesty, compassion; equality and kindness. And anyone who disagrees is engaging in the antithesis of those virtues. In other words, should you voice your convictions which are contrary to the homosexual lifestyle; you’re guilty of hate speech.

It’s a brilliant strategy to predicate your stance in a way where anyone who disagrees is automatically disqualified as someone who lacks compassion. But there is a fundamental flaw in their reasoning that needs to be indentified in order to facilitate a compelling rebuttal.

You cannot logically assert a virtuous quality as the basis for something immoral.

Honesty, compassion, equality and kindness are all noble attributes because of the way in which they advance an agenda based on Truth. Should I attempt to use them as a philosophical foundation to justify a depraved action, my argument is neither logically sound nor are my actions any less corrupt. Yet, this is the argument the homosexual crowd maintains as their first line of defense when it comes to dialoging with anyone who disagrees with their lifestyle.

They’ll insist that their being honest about who they are is worthy of applause. Those who differ need to keep their criticisms to themselves in the name of compassion and kindness. And given the supposed amoral dynamic of sodomy, their commitments need to be granted the same legal consideration as their heterosexual counterparts.

A platform that asserts a moral virtue as the basis for an immoral act is ineffective in refuting a guilty verdict. When held up to the light of Truth, the homosexual lifestyle is perverse. But if the basis for the verdict is irrelevant in the mind of the accused, then there is no indictment and therefore no need for a defense.  And that’s why the homosexual stance is as vocal and as compelling sounding as it is – not because it’s right, it’s just clever.

Still, there’s more to this debate than simply being strategic. While the homosexual argument may be temporarily overcome by a more tactically sound response, ultimately if my words are to be effective, than I have to follow Christ’s example and point to the Source of Truth and not just a deviation from it. My saying that their use of virtue to cloak their vice means nothing if the Standard by which I measure their lifestyle is considered less than Authoritative. That’s why I have to guide the conversation in a way that presents Truth and not just a fact.

Want to see how much you learned? Take the quiz…