Either God is God or Man is God 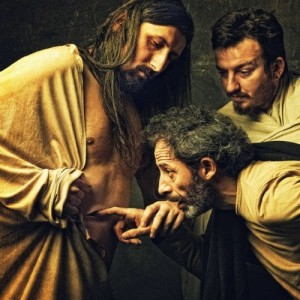 No one likes to be told they’re wrong. It’s a lot easier to believe that you are your own bottom line or pretend that there is no bottom line and believe we can all be our own absolute and just live and let live.

But it all comes down to this: Either God is God or man is god.

Every religion save Christianity provides a way in which you merit the favor of your preferred deity. With Islam you’ve got Jihad, as a Buddhist you’ve got Nirvana. Jehovah’s Witnesses strive to be among the 144,000 referenced in Revelation 7:4 , Hindus pursue Moksha in order to be liberated from the cycle of death and rebirth. Mormons believe that they themselves can attain the status of gods in the afterlife through their works here on earth (Teachings of the Prophet Joseph Smith, p. 345–354) . In each scenario, while you have a supernatural element, you have the ability as a human being to tip the scales in your favor through some kind of action or mindset.

Christianity, on the other hand, says that you are a spiritual corpse (Eph 2:1). You are dead in your sin and you have no option available to you that can offset your default status as a sinner that is permanently and irretrievably separated from God (Ps 14:3; Is 64:6). That’s what makes Christianity distinct from every other religious school of thought – you are utterly destitute apart from some kind of miracle that can somehow transform you in the eyes of God from being sinful to sinless. You are not in a position where you can facilitate your own salvation.

You are not your own god…

Let’s Pause for a Moment 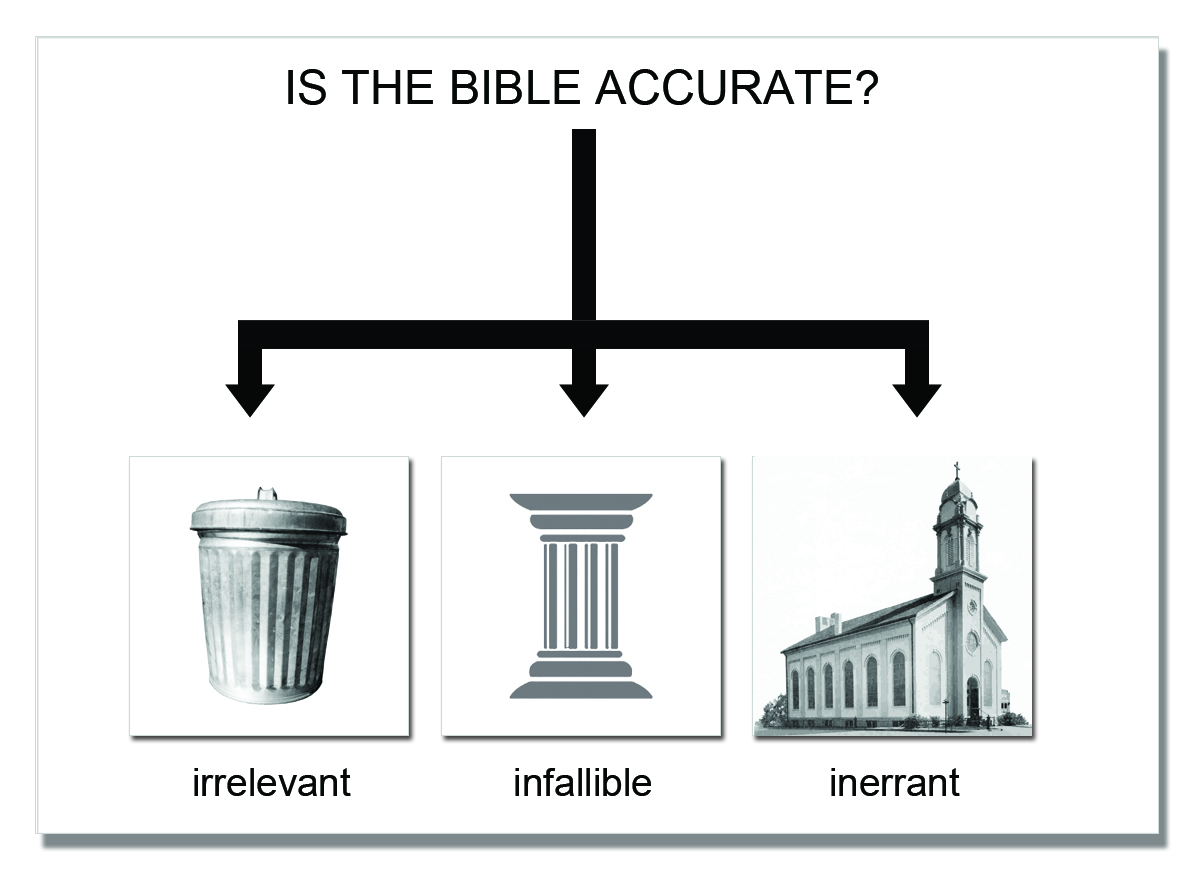 Everything that is being asserted at this point, as far as the fundamentals of the gospel, are coming from the Bible.

Some will attempt to dismiss the Scriptures as being corrupted and it sounds reasonable given the capacity of man to make mistakes or intentionally edit the text in order to promote a self serving agenda. But in order for the Scriptures to be less than the Word of God, God Himself has to be willing to allow the text to be distorted. In other words, those who would criticize the Bible as being corrupted aren’t merely accusing various individuals throughout history of being either careless or sinister as much as they’re accusing God of being inept and irresponsible.

You can validate the substance of Scripture in the context of textual criticism and archaeology. You can look at the evidence that supports the historical reality of the empty tomb. You’re not limited to that scenario where the only witness that can testify to the accuracy of the Bible is the Bible itself. You can kick the tires from both an academic and practical perspective and conclude that the text of the Bible is more than reliable.

Pause for a moment…

If you’re going to go as far as embracing the notion that there is a God and He does use the Scriptures to communicate Who He is, than you can’t pick and choose what you want to believe based solely on your philosophical preferences and justify your edits by suggesting that anything you don’t like is the result of the text being corrupted.

There are those who will accept the Bible as being a sacred text, but they’ll assert the caveat that there are probably some flaws in the manuscripts so while it’s worthy of being revered, it doesn’t necessarily rate as the “Word of God” due to the mistakes that likely occurred over the centuries.

Do you understand why that’s a nonsensical approach?

You’re saying “Yes” to certain parts of the Canon, but then when you encounter a verse that that makes you feel uncomfortable, suddenly the Canon is a bogus standard and it’s nothing more than a flawed institution that can be subordinated to whatever it is you want to believe.

There’s too many examples of God identifying false prophets and condemning false doctrine for that approach to be valid let alone logical (Is 44:24-26; Ez 13:9; 1 Jn 4:1). God doesn’t allow His Word to be falsified and whatever human mechanisms He uses to document and preserve His Word, it is still a Divine enterprise.

Either you believe the Bible is the inerrant Word of God authored and preserved by God Himself, or…

…you subscribe to a religious sounding creed that can’t be embraced with any real certainty because if your text is questionable in certain aspects, there’s no reason to not doubt the text as a whole.

It’s no coincidence that a lot of the skepticism pertaining to Scripture is directed towards the miracles of Christ.

Thomas Jefferson is a great example:

He was not an orthodox Christian because he rejected, among other things, the doctrines that Jesus was the promised Messiah and the incarnate Son of God. Jefferson’s religion is fairly typical of the American form of deism in his day. 1

Jefferson created his own New Testament which consisted of the original text sans anything referencing the miracles of Christ:

Using his clippings, the aging third president created a New Testament of his own—one that most Christians would hardly recognize. This Bible was focused only on Jesus, but none of his mystical works. It didn’t include major scenes like the resurrection or ascension to heaven, or miracles like turning water into wine or walking on water. Instead, Jefferson’s Bible focused on Jesus as a man of morals, a teacher whose truths were expressed without the help of miracles or the supernatural powers of God.2

This is often the targeted intellectual destination of those who doubt the authenticity of Scripture. They’re looking for a way to eliminate any semblance of a deity from the human experience in order to reduce the universe down to something that can be wholly contained within the shallow and fragile box of human reason.

A moral guide? Sure.

A Resurrected Savior? No.

And here’s the thing:  When we’re talking about the cross and the resurrection, we’re not talking about a minor point of doctrine. We’re talking about about the one credential that Jesus identified as that which validated His Identity (Matt 12:40). Furthermore, it’s what Jesus taught as being the singular event that could serve as the mechanism by which an individual’s sin could be completely forgiven to the point where they were seen as morally perfect in the sight of God (Matt 5:20; 26:28 [see also Is 1:18; 1 Cor 15:3; Titus 3:5; 1 Jn 2:2]).

In addition, Jesus accepted the Law and the Prophets as being absolutely true (Matt 5:17). The prophet Isaiah at one point said,

All of us have become like one who is unclean, and all our righteous acts are like filthy rags; we all shrivel up like a leaf, and like the wind our sins sweep us away. (Is 64:6).

It’s our sinful status that makes the New Covenant referenced in Jeremiah 31:31-34) as both necessary and something to celebrate and it’s the New Covenant that Jesus referenced at the Last Supper when He identified His blood as that which was being poured out for the forgiveness of sins (Matt 26:28).

Moreover, it’s referenced in the Old Testament beginning in the book of Exodus (the Passover Lamb [Ex 12:21; 1 Cor 5:7]). Jesus is referred to in the book of Isaiah as the suffering servant in Isaiah 53. Matthew 1:1 identifies Him as both a son of David, who is the fulfillment of the Davidic Covenant in 2 Sam 7:11-13 as well as a son of Abraham which means that the gospel applies to all nations and not just Israel (Gen 12:2-3).

And the common thread throughout all of the Bible is the fact that sin constitutes a toxic barrier between humanity and God that constitutes a debt that has to be paid – it’s not something that can be glossed over. Hence the Old Testament system of sacrifices that was instituted to accomplish a temporary fix (Heb 9:11-14), but it’s the New Covenant that solved the problem of sin in a permanent fashion and, according to Christ, it’s the gospel that serves as the underlying theme for the whole of God’s Word (Lk 24:7).

Do you smell what we’re cooking here?

If you want to strip the Bible of any an all miracles, you inevitably deny that Jesus is the Son of God based on the virgin birth, a sinless life and His Resurrection. And when you deny the Truth of Jesus having risen from the grave, you’re not merely dismissing the corresponding passages in the gospel, you’re gutting the entire Bible of God’s Principal Message. You’re not saying, “No” to what you perceive to be a “troubling” collection of verses, you’re denying the deity of Christ (1 Jn 4:3) and you’re saying, “No” to God Himself.

Either God is God or Man is God

Either you believe yourself to be loved enough by your King to justify an excruciating sacrifice that redeemed you to the point where you can now face every nuance of the human experience from a position of strength, or…

…you believe yourself to be your own deity. Your shortcomings are incidental, you’re goodness is sufficient, Christ is a noble personality but certainly not a Redeemer because, since sin is not acknowledged in your personal sanctuary, hell is a cruel invention and the cross is a dark piece of propaganda.

If you want to believe that, don’t make the mistake of failing to appreciate exactly what it is you’re subscribing to. However you may have been wounded by a toxic individual who insisted his words and actions were validated by the Bible, denying the Resurrection of Christ and insisting that you’re good enough to the point where you have no need of a Redeemer is not a departure from “organized religion” nor is it a more enlightened perspective on the teachings of Jesus.

Either God is God or man is god.

You choose to strip Christ of His Resurrected status then you’ve made yourself into your own religion.

Advent I Got COVID. Here's What I Learned...