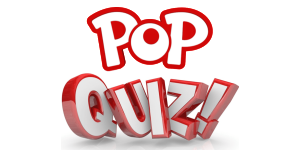 Here’s a quick “pop quiz” to see how familiar you are with some of the issues that characterize the upcoming Presidential debate. See how you do! The answers are at the bottom..

5) Among those who verified Trump having called buried World War 1 soldiers, “suckers and losers” was John Bolton, a former member of Trump’s administration and author of the book, “The Room Where it Happened,” a book that is critical of Trump’s Presidency. True of False?

6) In the Vice Presidential Debate, Kamela Harris used the example of Abraham Lincoln to illustrate why you would not proceed with a Supreme Court nominee so close to an election. The thing that she left out of her illustration is:

a) the nation was currently involved in a Civil War
b) the Senate was in splinters because of the South having seceded from the Union. In addition, it was in recess and would not have reconvened until after the election
c) Lincoln used the vacancy to help foster unity among the Republicans
d) all of the above

7) Trump is referred to as “anti women” because…

1) True. Billy Graham voted for Trump in 2016 and you can verify that by clicking here.

3) a. Biden’s tax plan represents a big increase in the tax burden that will be felt by all Americans in one way, shape or form. Click here to read more.

4) False. This is one of the most often repeated falsehoods pertaining to Trump’s regard for minorities. His comments pertaining to “good people” applied to those who were not extremists and had some legitimate concerns about the tearing down of a historical marker. In addition, in the same block of comments, he openly denounced White Supremacy and to walk away thinking that he had endorsed Racism in any way is to ignore the obvious. Click here for more info.

5) False. John Bolton denied that Trump made those statements along with several other people who were present at the time Trump supposedly made these comments. Click here to read more.

6) d. All of the above. The nation was currently involved in a Civil War. The Senate was in splinters because of the South having seceded from the Union. In addition, it was in recess and would not have reconvened until after the election. Lincoln did use the vacancy to help foster unity among the Republicans. The Civil War had taxed the cohesiveness of the Republican part. The SCOTUS nomination provided a point around which they could rally and it proved to be an effective way to unify them around Lincoln.

7) a. “Reproductive Rights” is the moniker used by Liberals to justify employers having to provide insurance benefits that cover contraceptives. They’ve used this issue to label Trump a misogynist and when you pop the hood on this issue to see what it truly is, you see it’s more about an agenda that insists that women not only have the “right” to sleep with whoever they wish, it’s also the financial responsibility of their coworkers to subsidize it. Trump recognizes the bogus logic being deployed and for that he’s labeled a misogynist. Click here to read more.

A Righteous Hatred By Your Leave, Sir...