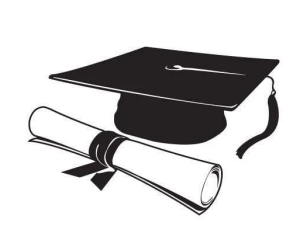 Everything you know about the world is based on what you’ve been told.

Interviews, video clips, testimonies, photos, statistics, polls – the information is as accessible as it is abundant, but…

Your boots have never touched the ground, you weren’t in the squad car nor were you on the scene. I don’t know the players personally, you’re not a doctor nor a biologist, we’re not collecting the data…

We’re simply consumers assuming that the information we’re getting is both credible and comprehensive.

The problem is that the information we’re processing isn’t always packaged in a way that is complete. And in that way, it’s not honest and can lead to convictions that, however passionately they may be held, they are nevertheless flawed (Prov 19:2).

But it’s not the responsibility of the media to ensure an accurate perspective on the world.

I’ve decided there are three things you have to do in order to guarantee an accurate assessment of the world:

Pop the Hood (1 Jn 4:1)- if a physician tells you that you have a terminal disease, among the first things you’re going to do is get a second opinion. If you’re “hearing a noise” in your engine, you pop the hood and you investigate things for yourself. You become your own reporter so that your outlook is based on more than a knee jerk reaction to a headline that is designed to both inform and to sell advertising space. Remember: Every news outlet is biased at least to the extent that they’re determining what it is that constitutes a headline. “If it bleeds, it leads.”

Keep Your Balance – rarely are you going to encounter a media segment that is a complete falsehood. There’s an element of truth to most of what you hear pertaining to the current events that are being reported. But you have to listen to more than just your preferred source of information so you’re hearing both sides of the story (Ecc 7:16-18). Apart from a “balanced” intake of information, you become biased according to the implied philosophies being communicated by the journalistic pool that you unwittingly default to every time you want to know what’s going on.

Kick the Tires – Christ said that you’ll know a tree by its fruit (Lk 6:44). In other words, if something is true, it’s going to reveal itself as such at some point. Trust is something that has to be earned and if you find yourself constantly disappointed by a resource that proves to be consistently flawed in the way it reports the news, then you want to keep that in mind when they present themselves yet again as a noble commentator on a particular topic.

So, what does all this mean? How does it translate to some action items that improve the overall situation both for yourself and your neighbor?

Be able to explain why you think the way that you do. Your feelings are important but they have to be companions to your logic and not replacements. Take the time to investigate the nuts and bolts of your reasoning so you don’t sound like you’re just regurgitating a random sound byte. Whether it’s Black Lives Matter, COVID-19 or the administration of the President…

And don’t neglect one of the most productive disciplines you can ever engage and that’s the practice of laying your world at the feet of Christ Himself. There’s a difference between being smart and being wise and it all stems from the extent to which you’re either looking at things from the ground or in the air. However stark things may appear, there’s another Perspective that is far more capable and is seeing things from a viewpoint that encompasses literally everything both now and in the future. It’s one of the advantages of being both Sovereign and Omnipotent. Hitch your mental wagon to everything He offers and not only will you be able to confidently cast off those things that are bogus, but your sense of calm and confidence will be dramatically improved as well.

Everything you know about the world is based on what you’ve been told. It can be a toxic lullaby in the way it dulls your senses and cheats your mind.

But you have options. Use them. Be informed and not just opinionated and vet your convictions through the Filter that is 100% correct, 100% of the time. In that moment, what you know goes beyond what you’ve been told…

…it’s now based on what you know to be true.

Did They Practice? An Imaginary Sermon Preached by a Famous Civil Rights Leader