Fear and Hate – Start Listening for Those Words… 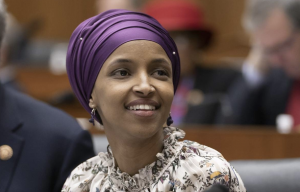 It’s healthy, I think, to start listening for the words, “fear” and “hate.”

It is possible to win an argument without saying a word simply by positioning yourself as a victim. If you can successfully portray yourself as somebody who’s being unfairly treated as a result of “fear” and “hatred,” then anyone who would question you, let alone criticize you, is automatically categorized as a villain.

Those sentiments are real and the damage that has been done throughout the centuries as a result of unreasonable fear and nonsensical hatred ranges from the Holocaust to the KKK. That’s one of the reasons both those words are so effective in shutting down any real dialogue. You invoke those words and all of the horrific images associated with those words overwhelm whatever conversation would otherwise occur and the person who asserted those terms is acknowledged as the noble victor and their opponent is dismissed as a fool if not worse.

And that’s appropriate. Provided, of course, that the situation being addressed is truly characterized by fear and hate.

These days, however, those words are usually nothing more than strategic tools to veil the lack of substance that characterizes the argument that would otherwise be revealed for the hollow philosophical paradigm that it is. Listen for how often those words are used by the Left and watch how any kind of rebuttal to their argument is silenced simply by accusing the other side of being motivated by “fear” and “hate.”

Take for example Ilhan Abdullahi Omar. She is a Muslim from Somalia whose family sought asylum back in 1995 at which point they moved to Minneapolis. In 2016 she ran on the Democrat-Farmer-Labor ticket and won the opportunity to champion the state of Minnesota in the House of Representatives.

On the surface, it looks like the American Dream come to life. But Omar has been caught saying some things that make it apparent her convictions are both anti Semitic and perhaps even treacherous.

Description of 9/11 attacks: “…some people did something.”

To describe the attack on America at the hands of militant Muslims as “some people did something” begs the question whether or not Omar is capable of condemning a terrorist act done by militant Muslims. It’s not an uncommon dilemma. Not all Muslims are terrorists, but most terrorists are Muslims acting out those portions of the Koran that encourage the slaughter of “infidels.” As a quick sidebar, our country has been contending with Islamic terrorists through much of its 200 year history. The Marine Corps Hymn features the line, “…to the shores of Tripoli” which references a battle that was fought against militant Muslims.

The backlash to Omar’s comment was significant, even to the point of receiving death threats. While that is not an appropriate, let alone a moral response, rather than apologizing for what she said, Omar blames President Trump’s response to her reckless comments as being the problem and not her statement.

In other words, she’s a victim.

Response to the way in which America supports Israel: “…it’s all about the Benjamins”

In 2012, Omar tweeted that Israel had “hypnotized the world,” referring to the way in which many nations supported Israel’s attack on Hamas in an Israeli military operation called, “Operation Pillar of Defense.” It was Israel’s response to Gaza militants having launched over 100 rockets against civilian targets on the Gaza Strip. Kevin McCarthy, a Republican Representative from California, rightfully criticized both Omar and Rashida Tlaib, another Muslim who has made her pro-BDS (Boycott, Divestment Sanctions) sentiments known, for their anti-Semitic statements.

McCarthy’s tweet was criticized by Glenn Greenwald when he claimed McCarthy was more interested in attacking the free speech rights of Omar and Tlaib then he was in addressing the supposed fallacy of supporting Israel. Mind you, Greenwald is no fan of Israel.   When Omar saw his tweet, she endorsed his sentiments by saying,” It’s all about the Benjamins,” meaning that it all comes down to corruption and payoffs etc. As one might expect, her obvious disdain for Israel having been revealed yet again was criticized by a number of people including Nancy Pelosi.

Omar didn’t push back on Nancy Pelosi’s comments, but when challenged by Israel’s Prime Minister, Benjamin Netanyahu, she responded by citing the recent attacks in Pittsburgh  and the Christchurch massacre in New Zealand rather than answering for what she said.

In other words, rather than taking responsibility for her comments, she deflects any of the scrutiny that would otherwise be directed towards her by suggesting that Netanyahu is singling her out for criticism when there are more dramatic scenarios around the world.

Somalia in the nineties was a scene best described as violently chaotic. The preexisting regime had been overthrown and four Islamic factions were now fighting over who should be in charge. The fighting was such that Somalia’s agriculture was destroyed which lead to a national crisis that had thousands of people starving to death.

The U.N. stepped in and delivered food and other resources in an attempt to relieve the suffering only for those supplies to be intercepted and sold for weapons. On March 15, 1993, the Conference on National Reconciliation in Somalia was held which sought to bring together the various clans represented by 15 representatives and agree to a ceasefire. Initially, the results seemed positive but one particular individual refused to cooperate. His name was Mohammed Farrah Aidid.  He would escalate tensions by ordering his forces to attack UN troops who were inspecting a radio station that was not only broadcasting anti-UN propaganda, but was also suspected of being used as an armory to store weapons. At that point, Adid was rightfully declared an international criminal and military strategies were initiated to apprehend him.

“Bloody Monday” was the name given to the operation that was intended to arrest Adid on July 12, 1993. An informant had passed on intelligence that Adid was located in a structure that was subsequently bombed. However, a journalist by the name of Scott Peterson insisted, along with various Somali newspapers, that the building was not the location of Adid. Rather, it was a place where several Somali elders had gathered to discuss peace. What was either a massively successful lie or a tragic truth did a great deal of damage to the way in which the US was perceived by those loyal to Adid and to those who were prone to view any international assistance as being unwelcome, especially given the fact that there were 200 civilian casualties.

In the weeks that followed, various Somalian attacks lead to the death of several US serviceman. In October of 1993, the US responded with an operation designed to apprehend Adid’s foreign minister, Omar Salad Elmi and his top political advisor, Mohamed Hassan Awale. Due to several logistical errors, however, the operation, which was supposed to last no more than an hour, became a debacle that left 19 US soldiers killed and 73 wounded. Somali combatants, on the other hand, sustained far worse casualties ranging from 315 to over 2,000 depending on what resource you refer to.

Omar’s perspective on America’s military presence in Somalia intentionally overlooks the fact that we were there to protect the UN’s desire to provide humanitarian aid. It was the way in which those resources were being hijacked and the fact that Mohammed Farrah Aidid had murdered several UN and American military personnel that had lead to Bloody Monday and the Battle of Mogadishu. We were there to assist Somalia and the Somalians that would later drag our dead through the streets of Somalia were enemies not only of the UN, the US and the rest of the world, they were also enemies of Somalia itself.

Omar doesn’t see it that way. Rather, she sees America as the problem.

According to her recent comments on the Stephen Colbert show, she, and the “truths” that she espouses are subjects of unjust criticism coming from people who are predisposed against her because of her ethnicity and her gender.

She is a victim.

Ilhan Omar is being criticized for her words. Not her skin color or her ethnicity. She’s being called to give an account for her condemnation of Israel, the American military and her apparent inability to define the 9/11 attack as an act of terrorism carried out by militant Muslims.

The Nation recently reported how on April 30, “…over 100 Black women activists gathered in Washington DC, to support Minnesota Representative Ilhan Omar in the face of Islamophobic incitement from the Trump White House.” The article goes on to say…

The protest came as a moment of Black women’s unity in the face of Islamophobic misogynoir, with speakers such as Representative Ayanna Pressley contextualizing the attacks on Omar as part of a long-standing pattern of silencing of Black women’s voices. Speaking at the event, Omar described the attacks on her in the broader context of white supremacy, including anti-Jewish violence like the attack on a synagogue in Poway, California, saying, “We collectively must make sure that we are dismantling all systems of oppression.

By the way, notice how any criticism of Omar is categorized as “white supremacy.” In other words, to be critical of her comments is to identify yourself as being anti-Semitic and a racist. There’s no real mention of what she’s saying, only the fact that if you disagree, you must be either afraid or enraged by her ethnicity.

You see how this works?

Later in the article, Black Lives Matter co-founder Patrisse Cullors is asked, “Why do you think Omar is such a target not only for the far right but also some Democrats?” Patrisse answered,

It’s simple. She’s Black, she’s Muslim, she’s hijab-wearing. That is literally the image of fear that Trump has invoked in order to win over his base. She is a scapegoat for him and the right wing. I also think the Democratic Party doesn’t know what to do with her. They don’t know how to protect her, and they aren’t being the fierce advocates that we need them to be.

No one is examining the substance of  Omar’s comments. They simply defend her and their platform as being the appropriate response to those who are fearful and hateful.

Bottom line:  No one can be critical of a victim without appearing either cruel or irrational. This is the modus operandi of the Democrat party. Champion every bogus talking point as a “cry for justice” and defend every violent outburst as an understandable reaction to an irrational fear or an immoral brand of disgust and you have a strategy that can work very well…

…right up to the point where people start basing their convictions on research rather than soundbytes.

And as part of that research, start listening for the words, “Fear” and “Hate.” More often than not, that will be your cue to dig deeper and discover there’s so much more to the issue you’re looking at than just the knee jerk reaction some are hoping you’ll default to.

Who Defines "Good?" Why Would You Impeach President Trump?