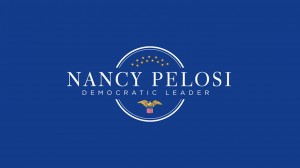 A couple of quick observations about the current government shutdown and the dispute over the wall that Trump is insisting on in order to alleviate the inherent problems of illegal immigration.

Note, she says, “in writing.” She’s basically saying that he will not be allowed to address Congress in person. Rather, he will submit his speech as a piece of paper to be read by someone else.

Madame Speaker…just who do you think you are, anyway?

She blames the President completely for the shutdown. He’s attempted to negotiate, but she has refused – most likely because she knows that he’s not going to budge. Her “suggesting” that he submit his speech in writing and that it’s postponed until the shutdown that she holds him responsible for is resolved, is belligerent, disrespectful and completely nonsensical given the fact that she’s the one who stands in the way of what most America has voiced their support for.

Pause for a moment and consider the hypocrisy of Pelosi’s stance. While she bemoans the people who are without a paycheck because of the shutdown, she’s taking off to Europe for a “public relations” tour instead of remaining in Washington to work towards a solution.

I’m convinced the history will look back on this time and see Pelosi as toxic, Trump as strong and the American populace as a group of people that are slowly yet surely seeing the champions of the Democrat party for who and what they are: Fools, Fiends and Hypocrites that can be subtle in the way their true identity is perceived only because of the media that works in concert with their agenda.

Most of America... Why Bother?