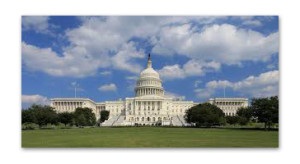 To say that God isn’t interested in politics represents a twisted interpretation of Scripture.

God works through human institutions and authorities to accomplish His Purposes. You see that in the way He hardened Pharaoh’s heart to facilitate the Exodus (Ex 4:21). He used King Cyrus to give the Israelites the legislative green light they needed in order to begin rebuilding Jerusalem (Ez 1:2-4). He used Quirinius to institute a census that would bring Mary and Joseph to Bethlehem (Lk 2:1-3), He used taxes to illustrate how we are to allocate our sense of duty and responsibility.

The Old Testament devotes four books to chronicle the actions of all the kings of Israel, we’re commanded to pray for kings and those in positions of authority that we might live peaceful and godly lives (1 Tim 2:1-3), He stresses the importance of godly leadership by highlighting how citizens beneath the tyrannical boot of a wicked ruler are miserable (Prov 29:2). He commends godly leadership (1 Kings 3:9-10), He despises evil rulers (1 Sam 15:11), He hates dishonest scales (Prov 11:1) and He encourages political involvement (Ex 3:10-12; 2 Chron 7:14; Neh 2:4-6; Acts 23:11). Furthermore, “…there are 642 verses that refer to law, laws and lawlessness. There are 211 verses that refer to judgment, judges, and judging, and 561 verses that speak about justice. There are 195 verses that talk about courts, 301 verses that talk about ruling and rulers, and 100 verses that speak of governing and government.1

Just prior to the Battle of Jericho, Joshua comes upon an imposing individual standing in front of him with his sword drawn. Joshua asks, “Are you for us or for our enemies?” The man replied, “Neither,” and went on to say that he was the commander of the Lord’s armies.

Some use this passage to suggest that God is indifferent to Politics – that the discussions, divisions and elections that dominate the headlines irrelevant when compared to more lofty, theological concerns. But that’s not the case. The angel was not relaying Divine indifference to the upcoming battle, he was reminding Joshua that this was God’s campaign and as such they could be confident of a victory. But because it was God’s battle, they couldn’t look upon it as a mere military action and their heart and their minds had to be focused on Him.

Dishonest scales” are referenced in Proverbs 11:1. That’s referring to cheaters and liars. He hates them.

He also says this the monarchs reigning in Judah:

“Moreover, say to the royal house of Judah, ‘Hear the word of the Lord. This is what the Lord says to you, house of David: “‘Administer justice every morning; rescue from the hand of the oppressor the one who has been robbed, or my wrath will break out and burn like fire because of the evil you have done—burn with no one to quench it. (Jer 21:11-12)

I Will Bless Those Who Bless You

And here’s something else to bear in mind while we’re talking about it:

Palestine is giddy that Biden has won. And before you begin to think that the PLO represents an honorable cause, understand that in the aftermath of WWII, the UN set up a territory that was supposed to be two separate nations: An independent Arab state and an independent Israeli state. Six days after this arrangement was made, war broke out which was initiated by the Arab world and the hostilities have endured since.

Hamas is a terrorist organization that doesn’t respect Israel’s right to exist. And while the majority of their efforts are directed towards Israel, they are part of a network that is undeniably opposed to any supporter of Israel, including the US. Click here to learn more.

The US, under Trump, has been supportive of Israel. Biden and his like minded compatriots are not. In fact, Obama sent 221 billion dollars to the PLO during his last hours as President.

Now, however you want to process all this is up to you. But don’t think for a minute that God is somehow detached from politics and encourages neutrality. It’s not so much what side God is on, it’s whether or not the nation in question is on God’s side. It’s that nation that thrives and regardless of how stately or crass the leadership may appear on the surface, it’s their actions that reveal, not only their personal disposition, but the collective perspective of the country that voted them into office.

The thing is, God does care about Politics because it’s not just “politics.” It’s either His Purposes or man’s rebellion being played out in the context of legislation and foreign policy.