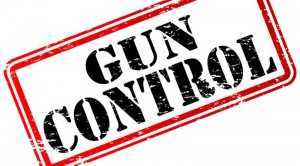 I had to think about that for a minute, but once I got my mental arms around what he was saying, I realized he had a point.

Locks are like laws. They don’t prevent a crime. They don’t even do much to make it more difficult, at least from the standpoint of the criminal who’s resolved to take something that doesn’t belong to him, whether it’s a life, a piece of property or even the truth. The lock is simply an inconvenience, not a barrier.

That’s what my Drill Instructor was saying. And what’s significant about that is the way it resonates with the Ultimate Truth communicated in Scripture in Romans 8:3. The law is “powerless” to prevent bad behavior. It outlines punishment but it doesn’t provide the necessary moral disposition required to qualify as a law abiding citizen.

From a cultural and political viewpoint, it can get really frustrating when you hear people insist that if we only had more laws on the books, there would be less crime. This doesn’t bear up under the scrutiny of history, human nature or even some of the recent attempts made by other nations, as far as gun control laws are concerned.

Australia is often touted as a sterling example of how gun control laws reduced the number of killings. According to Vox, between 1996 and 1997, the Australian government confiscated 650,000 guns and murders and suicides plummeted. But that’s not the whole truth. Gun related suicides dropped, but Lifeline Australia reports today that suicides in general are at a ten year high. In addition, manslaughter (murder), sexual assault, kidnapping, armed robbery and unarmed robbery all saw peaks in the years following the ban.

Can you smell  what’s on the stove?

“Our Constitution was made only for a moral and religious People. It is wholly inadequate to the government of any other.” (John Adams)

Gun Control laws are powerless to stop criminals from killing other people, they simply find another way to get it done. And you don’t want to institute any legislation that prevents those who would otherwise be victims from being able to repel a thug with nothing more than a good sounding argument.

That’s something to ponder.

Most violent crimes are committed with a handgun. Right now the focus is on assault rifles, but the real source of trouble is represented by hand held guns. Should the second amendment be compromised in any way, it’s just a matter of time before all guns are considered against the law and the only ones who are now armed, apart from the military and law enforcement, are those that have no regard for the law to begin with.

So, what’s the answer?

In other words, stop asking, “Is it legal?” and ask, “Is it right?” And start asking those questions before the individual in question has resolved to commit a crime. In other words, focus on the person pulling the trigger rather than the trigger itself. Only then do you arrive at any course of action that is effective let alone wise.

As a sidebar, there are elements within our political infrastructure that would use this issue to undermine the Oval Office, the Republican party and anyone who doesn’t agree with reducing the scope of the Second Amendment. The press is attempting to blame President Trump for the shootings in Florida because of a bill that he signed back in February of last year that supposedly made it easier for people with a mental illness to acquire a gun. What the press will not tell you is that the Obama era rule was instituted in the context of the government deciding if you were mentally ill, which is a violation of both your second and fourth amendment right. Click here to read more. In addition, there are other sinister dynamics at work in that the media is, apparently, hiring people to pose as victims in order to proliferate the notion that those who oppose Gun Control are heinous. Click here to read more.
Waterdare Taking the Chore Out of Church and the Failure Out of Fitness