How Can a Christian Support Donald Trump? 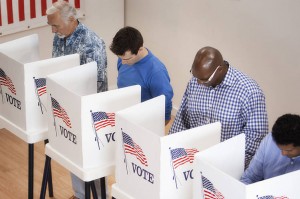 On occasion I get asked, “How as a Christian can you support someone like Donald Trump?”

It’s not really that much of a stretch, but it merits a response, especially given the stakes represented by the upcoming November elections, so let’s pop the hood on this and see whether or not a vialble, biblically-based logic even exists.

First off, Psalm 2:1. God is Sovereign. If He’s Lord at all, He’s Lord of all. That means that while the electoral college is making their choice from a human standpoint, it’s the Sovereignty of God that is ultimately at work and whoever occupies the Oval Office is therefore deserving of my respect, my esteem and my prayers. He may be a fool and a fiend (and there have been several), but at no time am I justified in spitting, sneering or raising my hand against him unless he’s doing something that is antithetical to God’s Word. And by that I don’t mean Antifa which is nothing more than militant Democrats upset over having lost the election. That said, as a Christian, I am duty bound to honor the office even if I’m not especially impressed with the man.

Secondly, 1 Timothy 2:1-2. I want to support the candidate that is going to be govern in a manner that will best facilitate “quiet lives in all godliness and holiness.,” specifically in the context of security. From that standpoint, I could and would not ever support Hillary Clinton. Her conduct as Secretary of State in the way she, not only handled Top Secret information, but also her sale of uranium to the Russians (talk about collusion) and the whole Benghazi debacle reveals her as a fool and a fiend that is willing to sacrifice the security of this nation for the sake of her own financial prosperity. However Donald Trump might be criticized in the context of his behavior and morality, his approach to border security, the military and the general good of our country is completely opposite Hillary Clinton and the vast majority of the Democrat party.

Finally, 2 Chronicles 7:14. My future and the future of my children are best guaranteed in the context of a God-fearing nation. 69% (2/3) of atheists identify themselves as Democrats. That doesn’t mean that all Democrats are atheists nor does it mean that all Conservatives are born again. What it does mean is that you have a vast majority of God-denying individuals feeling more comfortable with a liberal dynamic than they do a conservative one and the reason for that is simple: What is often presented as “just” and “compassionate” is promoted in the absence of wisdom (Prov 9:10) and is ultimately revealed as something that gives license to behavior that is as destructive as it is immoral. Unless your philosophical starting point is the Word of God, as it has been historically, then you’re going down a road that is both godless and toxic.

See you at the polls.

Sugar & Salt | Part One The NFL Protesters - You Are Not Brave...