May 30, 2013Bruce GustDiscipleship, Self Improvement0 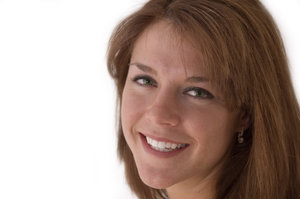 I was listening to a young lady lament how some of her friends were giving her a hard time for being “innocent.” Apparently, because she was oblivious to what a certain term meant, she was considered to be less than “hip” and that’s when the teasing began.

She’s a sweet kid and her demeanor affords her the chance to be well liked by pretty much everybody. But every now and then her sweet disposition is the subject of some gentle ridicule because she’s not as street wise as some think she ought to be. It’s especially frustrating when she gets told by some boys that she’s a “nice” girl and without a healthy helping of mystery and perhaps just a small amount of rebelliousness, she’s not as alluring as she would like to be.

What would you tell her?

I think it’s interesting that innocence and purity sometimes get discounted as social liabilities. Fact is, being able to operate without being burdened by the emotional baggage that inevitably results from being less than innocent is a blessing. Some of the mistakes that people make in an effort to prove that they are savvy wind up as chains that weigh them down for the rest of their lives and apart from the grace of God, can have a negative impact on the way they see themselves and the world around them.

“I am sending you out like sheep among wolves. Therefore be as shrewd as snakes and as innocent as doves.” (Matt 10:16)

He’s sending the disciples out to proclaim the fact that the Messiah was present and with Him came an entirely different approach to God based on a new agreement that God was offering to mankind. It was good news, but it wasn’t always welcome in that you had an entrenched resolve to perceive God according to an Old Testament paradigm. As a result, these disciples that Jesus was dispatching needed to be smart. They needed to be able to avoid unnecessary confrontations while simultaneously conducting themselves honorably.

We’ve got the same task before us. We’re surrounded by people who don’t “get” Christ. In order to be effective commercials, we’ve got to be wise in the way we represent Him.

“Be perfect, therefore, as your Heavenly Father is perfect.” (Matt 5:48)

In Philippians 4:8, Paul admonishes us to be intentional about keeping our minds adequately stocked with thoughts that are noble and healthy:

So, being “innocent” is actually a command, at least as far as keeping a distance from those things that can lead to compromise.

The Greek word for “shrewd” is phronimos which is pronounced “FRAHN-eh-mohs.” It means, “wise, sensible, prudent.” To be oblivious to those things that represent either pointless distractions or potentially harmful temptations is not a bad thing, but you don’t want to be ignorant of them to the point where you’re not able to recognize them for what they are.

“The wise see danger ahead and avoid it, but fools keep going and get into trouble.”   (Prov 22:3)

So you want to be innocent as far as either doing or dwelling on things that can get you into trouble, but you want to be wise in terms of knowing what those compromises look like and the pain they produce regardless of the pleasure they promise.

Question:  How does the grace of God restore innocence? How would you explain that to someone who feels tainted as a result of the mistakes they’ve made?

My Imaginary Conversation with Oprah Reinforcing the Problem or Selling the Solution?