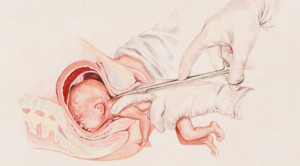 The Illinois Senate just passed SB 25, the Reproductive Health Act, by a vote of 34-20. The bill expands abortions through 9 months and requires insurance companies to provide coverage. The bill has already passed the House and Gov. Pritzker has said he will sign it… (IBSA Twitter Feed)

That was the Illinois State Baptist’s Tweet in response to a recent piece of legislation that Illinois passed that allows babies to be legally aborted up to nine months. It removes a number of restrictions and allows the procedure to be covered by insurance.

So, to those who believe that Abortion is an acceptable practice…

Let’s first consider abortion in the aftermath of rape.

Rape is an issue, but it’s not a reason to increase the number of innocent victims by killing the child. And I’m not dismissing the burden and the risk represented by carrying that baby to term, but that’s a human being in your womb who is depending on you for all that he or she needs in order to be born. The one who assaulted you is the one who needs to be punished for having violated you, not the innocent baby that wants nothing more than a chance to live.

As has already been mentioned in this thread, the number of abortions that are a result of rape are less than .5%. So to disagree with those who aim to protect the rights of the unborn by citing rape is statistically irresponsible and a cheap tactic used to distract from the real reason why most have an abortion and that’s because they’re not ready for a child.

The only way in which you can justify sucking the brain matter out of an infant’s skull or, in the case of Illinois and New York, to euthanize an infant who is no longer dependent on their mother in order to breathe on their own, is to proclaim yourself as your own Absolute and thereby feel completely at ease deciding who gets to live or die.

Your right to “choose” is limited to whether or not you “choose” to be intimate with another human being knowing that there’s a chance that your actions will result in the conception of a child. Should you become pregnant it is the responsibility of both the mother and the father to ensure that baby is given the chance to live and thrive in the context of an adopted family. And by the way, currently there are 36 families for every one child who is put up for adoption.

Here’s the bottom line: Abortion is a sick and twisted way of justifying murder. It is a godless and altogether evil practice that is revealed for what it truly is when you take the time to read and / or watch what happens when a baby is killed.

“Planned Parenthood,” “Right to Choose…” These are words whose meaning has been hijacked by the Left in order to further the bogus narrative that man can be his own deity and define the essence of life. And let me reinforce that assertion by directing your attention to a couple of verses that demonstrate God’s Spin on man killing his own in the name of convenience.

Every child is a sanctified and intentional gift that has a holy worth and a Divine sense of significance attached to it that is completely distinct from the manner in which they were conceived. It is not your “body.” Your pancreas doesn’t have a pulse, your gall bladder does not have a mind of its own. You have a life growing within you that is worthy of your protection and your care. It is not a piece of unwanted garbage that you dispose of just because you don’t want to take responsibility for your actions.

Isaac prayed to the Lord on behalf of his wife, because she was childless. The Lord answered his prayer, and his wife Rebekah became pregnant. The babies jostled each other within her, and she said, “Why is this happening to me?” So she went to inquire of the Lord. The Lord said to her, “Two nations are in your womb, and two peoples from within you will be separated; one people will be stronger than the other, and the older will serve the younger.” (Gen (25:21-23)

If this verse were written in the vernacular of Planned Parenthood, it would read,\

You get the picture.

If you’re a fan of “Pro Choice,” you are oblivious to the actual practice of abortion. You don’t associate the word with the actual technique and the very real picture of a baby squirming in pain. If you are, then you have no conscience and you need take an honest inventory of your soul.

All of the arguments submitted in the context of a “woman’s right” and the “ultimate well being of the child” are sips taken from a glass held by the devil himself. Six million Jews were killed during the Holocaust. Since 1973, over 50 million lives have been snuffed out all in the name of convenience. It is a wicked and twisted practice used by people who want to cover their tracks at the expense of an innocent life.