Lou Dobbs on the Trump Presidency 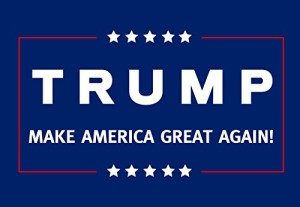 Why is it that anything that translates to something positive in terms of our economy or our foreign policy – if it’s coming from a Republican / Conservative platform – is automatically categorized as false, fake or even harmful?

Meanwhile, the damage done by senseless legislation that was proudly put into place by a Democratic base is written off as either a flawed perspective or a hinderance authored by a Republican? It’s as though Democrats can no wrong and Republicans can do nothing right. Perhaps there are some reading this thread who are even now applauding, thinking, “Finally, someone gets it.”

Here’s what I think:

Obamacare was unconstitutional, it was financially unsustainable and it was a lie on more than one front. You cannot legally force a private citizen to sign up for health care. Auto insurance is different in that you have to be in a place to pay for potential damages done to other parties. Health insurance, on the other hand, is completely up to you. How you choose to pay for your medical treatment is entirely an individual’s decision. Congress can regulate commerce, it cannot create it. This was the issue before the Supreme Court in 2012. Their decision to uphold Obamacare was bogus in that they chose to process it as tax legislation. In addition, Obamacare is engineered in a way where the government subsidizes, either partially or completely, 25 million Americans. That translates to a national debt of over 33 trillion by 2020. Finally, Obama promised that Americans would be able to keep their current health care preferences. That was one lie among several.

Racism has not been as much of a problem since the 60′s. A problem, by the way, as a result of a constituency of individuals who were primarily Dixie-crats. Today it’s center stage thanks to the efforts of Obama who often used his platform to accuse every caucasian of being a bigot. Read the transcript of the comments he made at the funeral of a slain, caucasian police officer for an example.

And to cite racism as something systemic is brilliant. You can then point to something that is virtually impossible to identify specifically while simultaneously gloss over all those things that come down to personal responsibility. Over 40% of minorities dropping out of High School, over 70% getting pregnant out of wedlock – those two figures alone can account for the majority of economic hardships as well as the rampant crime that is so common in lower income urban areas. But no one wants to talk about personal responsibility when it’s far easier to insist that a person is persecuted rather than oppressed by their own lack of morality and poor decision making. And if you think this is all bogus in that it’s coming from a caucasian, feel free to talk with Ben Carson, Larry Elder, Deneen Borelli, Morgan Freeman, Condoleezza Rice, Colin Powell, Allen West or anyone else that’s refered to as an “Uncle Tom” by their liberal brothers and sisters.

Finally, since Trump took office, Iran, China, the Middle East and Russia are conversing with American rather than laughing.

Consider Israel’s response to Trump’s decision to tear up the ridiculous nuclear deal with Iran authored by Obama:

“The deal didn’t push war further away. It actually brought it closer. The deal didn’t reduce Iran’s aggression, it dramatically increased it. We see this across the entire Middle East,” Israeli Prime Minster Benjamin Netanyahu said Tuesday afternoon. “This is why Israel thinks that President Trump did a historic move and this is why Israel thanks President Trump for his courageous leadership, his commitment to confront the terrorist regime in Tehran and his commitment to ensure Iran never has nuclear weapons. Not today, not in a decade, not ever.” Futhermore, when Iranian President Rouhani recently threated America, Trump responded by saying, “NEVER, EVER THREATEN THE UNITED STATES AGAIN OR YOU WILL SUFFER CONSEQUENCES THE LIKES OF WHICH FEW THROUGHOUT HISTORY HAVE EVER SUFFERED BEFORE. WE ARE NO LONGER A COUNTRY THAT WILL STAND FOR YOUR DEMENTED WORDS OF VIOLENCE & DEATH. BE CAUTIOUS!” Thank you, Mr Trump, for being willing to stand up to the militant Muslims rather than constantly capitulating to them.

In addition, Trump is the first president in decades to get tough with China economically, militarily and in the context of ideology. And China respects him for it, or at least they’re acknowledging him as a legitimate tactition.

Finally, if Putin was betting big on Trump, as far as the way the Left wants to insist that Trump’s election was a result of Russian collusion, he has lost and he has lost big! Since Trump’s inauguration last January, the United States has confronted, criticized, or frustrated Russia in global diplomatic forums, in military alliances, in economic competition, in regional military conflicts, and in prosecuting human rights abusers.

The previous administration had a foreign policy that was founded on the practice of apology and a resolve to look the other way. Trump has done the exact opposite and to be critical of his manner is one thing, but to be critical of his policies define you as someone who would prefer to be an international victim and a domestic ward of the state.