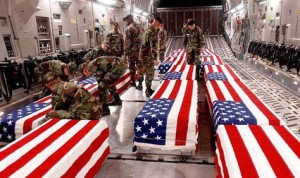 Armistice Day was a big event when it first occurred. That was the day the “Armistice” was signed and marked the end of hostilities between those nations engaged in World War I. It was later changed to “Veteran’s Day,” a day to honor all those who had served in the Armed Forces.

Memorial Day, on the other hand, was instituted after the Civil War. It started out as Decoration Day –  a time when an organization of Union veterans resolved to honor the graves of fallen comrades. Over time, like minded Confederate organizations merged with their Northern counterparts and “Memorial Day” became a time when all those who had died in the service of their country were honored with various ceremonies and gestures of appreciation.

Makes you pause doesn’t it?

I was listening to two gentlemen this morning who were discussing their plans for Memorial Day weekend. One was asking the other if they were going to be relaxing to which they responded, “Probably, although I’m sure something will come up.” The other laughed knowingly – obviously both were burdened with outrageous demands on their time.

But neither of them made any comment in terms of what they might do to honor those who had died to ensure they had the opportunity to relax this weekend.

I’m going to make a point of taking my family to a nearby Federal Cemetery and honor some graves of those who are missed by their families, who willingly gave their lives in order to ensure I could vote in this upcoming election – who sacrificed being able to marry and raise a family so I could do so in the context of a paradigm not characterized by tyranny and oppression.

Sometimes words like “freedom” and “the pursuit of happiness” come across as especially patriotic and to talk about taking time out of one’s day to decorate the grave of a fallen solider is to contemplate an extraordinary display of noble citizenship.

By decorating the headstone of a soldier who never came home, I’m not really doing anything other than what is an appropriate response to someone who is a true patriot – whose death was an extraordinary display of selfless and noble citizenship.

Don’t just have a happy Memorial Day. Make it a real Memorial Day by honoring those who died to makes sure it could be happy.

Islam, Syrian Refugees and How to Love Your Enemy Why You Want to be Spiritually Ripped!