Motor Oil – It Tastes That Good! 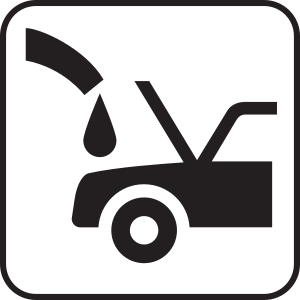 Not long ago, a new soft drink was introduced into the marketplace. It was packaged in a real appealing way, they had some of the best marketing firms contribute some amazing slogans and advertising strategies, they even had some well-known celebrities and athletes endorse it as both tasty and nutritious.

There was a problem, however, in that it was motor oil.

It tasted terrible and, worse than that, it was obviously very bad for you. But that didn’t stop what became a bit of a cultural phenomenon. The unspoken rule of thumb was that if you didn’t drink it yourself, you had to be a supporter of it because if you dared to voice any kind of common sense opposition to it, you were condemned as someone that was either hateful or frightened of the progress represented by this amazing new drink.

There was one fitness facility that finally had enough. They partnered with a local doctor’s office and they started to speak out. They backed their platform with all of the statistics and medical facts that you would expect and they even went as far as using Scripture to support the idea that your body was something you wanted to take care of – that motor oil was not healthy and needed to be regarded as a bad practice if not something genuinely sinful. But by this point, there was a lot of financial interests involved. There were even some political figures that had picked up on the whole “motor oil” platform and were offering their support in exchange for votes. Consequently, despite the substance and the Truth of the argument that opposed the practice of drinking motor oil, both the gym and the pediatrician were maligned in the press as being guilty of “hate speech” and “motor-phobes” – legalistic individuals who were incapable of wrapping their tiny little minds around the idea of drinking motor oil and were therefore nervous and uncomfortable around those who did.

As you might expect, a lot of folks who were resolved to drink motor oil died as a result of what they were putting into their system. But that didn’t stop activists from establishing new laws and even instituting new academic guidelines that mandated both elementary and secondary classrooms to include curriculum that educated impressionable students about the noble choice represented by drinking motor oil and even the physiological pre-disposition for motor oil that some were born with. Those that questioned the logic or the science being championed by the advocates of motor oil were silenced with either laughter or character assaults.

And so it continued…

Woe to those who call evil good and good evil, who put darkness for light and light for darkness, who put bitter for sweet and sweet for bitter. (Is 5:20)