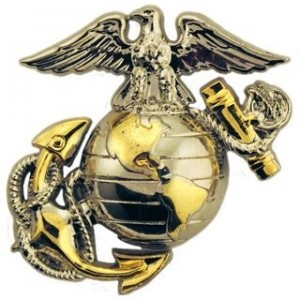 Today is November 10th. On this date, in Tun Tavern in Philadelphia, Pennsylvania in 1775, it was determined that a regiment of Marines was to be formed and thus the United States Marine Corps was born.

One thing that distinguishes Marine Corps basic training from its other military counterparts is the emphasis on military traditions, customs and courtesies. Not to mention a huge priority placed on military history. Samuel Nicholas, Chesty Puller, Dan Daly and other such names become a normal part of your vocabulary. You learned about the island hopping campaigns in WWII (Bogainville, Iwo Jima, Guadalcanal, Okinawa and Tarawa), the Frozen Chosin and the last offensive campaign in Viet Name was the seizure of the Mayaguez.

“Discipline is the instant, willing obedience to orders, respect for authority and self-reliance, sir!”

Military alignment, six to the front, three to the rear, Irish Pennants, high and tight, snap and pop…

Terms, standards, expectations and all framed around a history that exemplifies the phrase, “first to fight for right and freedom and to keep our honor clean.”

It is honor to have served and it’s especially gratifying to have worn the Dress Blues. Happy Birthday, Marines!

Why Bother? 2018 Midterm Election Summary in a Little Over 300 Words