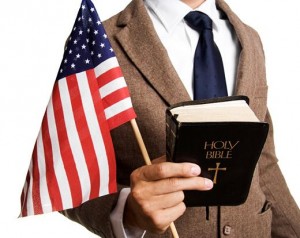 Not all Republicans are born again nor are all Democrats atheists.

But 69% of atheists identify themselves as Democrats. 44% see church as being detrimental to the nation.

The reason for this goes beyond the way policies and elections appear on the surface. Topics are used as tactics to slowly move the US to a place where the only Absolute that is acknowledged is the absolute of one’s self.

Believers are commanded to pray for those in positions of authority so that we can be godly and holy (1 Tim 2:2). But how do you pray effectively if you don’t know who to pray for or what decisions are being made? You have to become like those who are described like the men of Issachar described in 1 Chronicles 12:32 as guys who understood the times and knew what Israel should do.

It’s not uncommon for Christian commentators to advocate a political stance that’s more or less neutral – justifying the lack of any real political savvy on the idea that party affiliations represent a potential compromise in one’s faith. This resonates as both spiritual and logical given the way many of the characters in politics are revealed as vulgar and even immoral. This is where you have to be discerning.

The quality of the Constitution isn’t gauged according to the character of the men that wrote it, rather it is evaluated according to the substance of the document itself. In a similar vein, the candidate that you vote for is determined by the policies they champion as well as the moral example that they set. Character is crucial if for no other reason than it influences one’s perspective on the issues being addressed. But you have to look at both and move forward from there (Ecc 7:16-18).

Today’s political landscape is an overwhelming din of negative voices coming from a journalistic community that are primarily Liberal in the way it thinks and votes. Thankfully, they are not the ones who define the Electoral College. It is the citizens of this country that determine both the legislative and, to some extent, the spiritual direction of this country in light or the way some legislators use their authority to undercut the freedom of religion in the way it applies to Christians.

Prayer is both imperative and mandatory. But to be truly obedient, it must be an informed prayer and it has to be accompanied by action. Anything less is neither appropriate nor healthy. Know what you believe and why. Not just in the context of your relationship with Christ, but also in the way you cast your vote and voice your opinion.