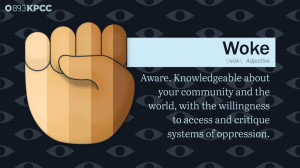 Racism is an important topic to discuss in that to be a Racist qualifies you as one of the more detestable human beings on the planet. Wherever it shows up, regardless of to what extent, it needs to be identified and addressed as the godless and evil disposition that it is.

A Manufactured Majority and the Promotion of Socialism

These days, however, Racism isn’t always a “topic” as much as it is a “tactic” and you can tell which approach is being taken simply by observing the extent to which the person speaking uses labels, mobs and crowds to make their point.

By using a faceless collective or the actions of a solitary figure to represent an entire people group (White Privilege, White Fragility, White Evangelicals, Black Crime Rate, Police Brutality), you can avoid having to elaborate on the personal history or individual character of those persons that make up your manufactured majority.

With this approach in place, you can characterize an entire race as cruel, a particular profession as sinister or make a criminal appear heroic.

In that instance, it’s not Racism being contested as much as it’s Socialism being promoted.

Socialism doesn’t acknowledge the existence of fools. In the mind of the Socialist, there are only two categories of individuals:

This is why everything you hear from the Democrat camp is framed around the “victim.” In addition to it being consistent with the paradigm they’re wanting to establish, you can’t criticize someone who’s in pain or the person who’s trying to help without appearing insensitive and cruel.

This is how you…

Still, you can’t claim to be a casualty of a flawed system if the majority of your wounds are self inflicted. Your cry for equality is nothing more than a demand for immunity if your personal record is littered with bad decisions and your appeal for “justice” is revealed as a veiled attempt to vaccinate yourself from the consequences of your actions.

When any kind of psychological extortion is being deployed – when certain assumptions are being forced into the conversation by claiming to be hurt and ignored – you’re not championing a platform as much as you’re concealing a poison. As least, that’s how you’ll be perceived by anyone who values the Truth over a soundbite.

From a Biblical Perspective

From a Biblical perspective, Racism doesn’t exist in the mind of God or anyone who understands the substance of Grace.

26 So in Christ Jesus you are all children of God through faith, 27 for all of you who were baptized into Christ have clothed yourselves with Christ. 28 There is neither Jew nor Gentile, neither slave nor free, nor is there male and female, for you are all one in Christ Jesus. 29 If you belong to Christ, then you are Abraham’s seed, and heirs according to the promise. (Gal 3:26-29)

You are responsible for your actions. Not your parents…

30 “Therefore, you Israelites, I will judge each of you according to your own ways, declares the Sovereign Lord. Repent! Turn away from all your offenses; then sin will not be your downfall. 31 Rid yourselves of all the offenses you have committed, and get a new heart and a new spirit. Why will you die, people of Israel? 32 For I take no pleasure in the death of anyone, declares the Sovereign Lord. Repent and live! (Ez 18:30-32 [see also Jer 31:29-30])

43 “No good tree bears bad fruit, nor does a bad tree bear good fruit. 44 Each tree is recognized by its own fruit. People do not pick figs from thornbushes, or grapes from briers. 45 A good man brings good things out of the good stored up in his heart, and an evil man brings evil things out of the evil stored up in his heart. For the mouth speaks what the heart is full of. (Lk 6:43-45 [click here to read about the “generational curse”])

When tempted, no one should say, “God is tempting me.” For God cannot be tempted by evil, nor does he tempt anyone; but each person is tempted when they are dragged away by their own evil desire and enticed. (Jas 1:13-14)

Posing as a victim in order to avoid taking responsibility for your actions is futile, selfish and wicked…

No matter how you want to make your situation appear in the eyes of others, God sees your heart and nothing gets past Him:

If you say, “But we knew nothing about this,” does not he who weighs the heart perceive it? Does not he who guards your life know it? Will he not repay everyone according to what they have done? (Prov 24:12)

“I the Lord search the heart and examine the mind, to reward each person according to their conduct, according to what their deeds deserve.” (Jer 17:10)

and He who searches the hearts knows what the mind of the Spirit is, because He intercedes for the saints according to the will of God. (Rom 8:27)

Blaming others is cowardly and demonstrates an unhealthy preoccupation with one’s self. As has already been referenced in the context of Ezekiel 18:30-32 and James 1:13-14, God evaluates your morality according to your heart and your actions and not the behavior of others.

In addition, you can see throughout Scripture examples of individuals attempting to pose as a victim of someone else’s influence in order to avoid being held accountable for their actions. In each scenario, not only did it prove to be a pointless effort, it revealed the true nature of the heart behind the sin.

In the Absence of Truth

In John 7:24, Jesus says to stop judging according to mere appearances, but instead judge correctly. In other words, be certain that you’re basing your convictions on what’s true – an evaluation of all of the facts – and now just on what’s accurate, which oftentimes is nothing more than a manipulation of just some of the facts.

In the absence of Truth, Love is Neglect, Compassion is a Subsidy and Justice is Favoritism.

Moreover, Reconciliation, in this instance, assumes that someone has been wronged and the oppressed is now magnanimously reaching out to the oppressor and offering forgiveness.

But if there is no “oppression” – only a campaign to either blame someone else for the mistakes you have made or a resolve to evaluate an entire demographic based on the character of a select few – than Reconciliation is nothing more than the Psychological Extortion that was referenced earlier, but on an even grander scale.

There’s a word that describes that mentality…

You and I are perpetually poised on the threshold of great things because the One Who made us has equipped us for a life characterized by purpose and fulfillment (Josh 1:8; Jer 29:11; Eph 2:10).

It’s True! It’s not “positive thinking.” It’s “profound thinking” and it’s right out of the Bible.

But we can’t blame something or someone else for wherever we failed to do something right (Gen 3:12-13). Nor can we expect our best performance to always be embraced and applauded if we would reach that place where we’re able to experience the life that God offers to those who trust and obey (Jn 16:33).

Those that we admire not only owned their mistakes and learned from them, they also persevered when they encountered disappointment and didn’t rush to demonize those who enforced a certain standard without first ensuring they were able to meet that standard themselves before voicing any concerns or criticisms (Matt 7:1; Lk 19:20-26).

The bottom line is that these days, in order to label something as “racist” you have to be a Racist yourself. The question isn’t, “Is he a black man?” or “Is he a white man?” The question should be, “Is he a good man?” That’s the mindset advocated by Dr. Martin Luther King and, more importantly, that’s the only criteria used by God when He evaluates the conduct and the character of an individual that He has made (1 Cor 3:12-15).

As long as your platform consists entirely of labels, mobs and crowds as a opposed to a name, a person and a choice, you’re employing the very same sinister mindset you would condemn in others and you are the very thing you claim to despise.

This is why Reconciliation, Woke, BLM, Reparations etc. fails to secure the collective endorsement of the public in general because of the way each of these campaigns reek of the very thing they supposedly detest.

Whatever racial tension or injustice exists, you’re not going to defeat it using the same mindset it is founded upon. In other words, you don’t destroy racial prejudice with more Racism and until those that are truly concerned about the welfare of those they represent focus on the individual character of the people being considered and not their skin color, they’re not helping anyone, they’re just making a bad situation worse.