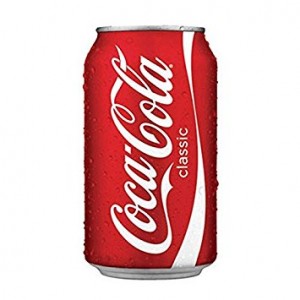 There are 39 grams of sugar in a 12 oz can of Coke. That equates to 10 teaspoons or approximately 39 packets of sugar – the kind you use in your coffee.

Pause for a moment and bear in mind that the American Heart Association recommends no more than 37.5 grabs of sugar in a day for guys and 25 grams for women. That means with a single can of Coke, you’re already exceeded what you’re supposed to be consuming for the entire day. Initially, that may seem like a total drag, but here’s the thing…

It’s very possible that if you were to try and eat that amount of sugar all by itself, in the absence of the Phosphoric acid in the soda that makes that sweetness palatable, you would vomit. Your body isn’t engineered to process that much sugar in one sitting. The only reason you can is because of the Phosphoric acid that’s included in the Coke.

In 20 minutes your body will experience an increase in insulin. The problem is that even when your pancreas “floors it,” because of the excess amounts of sugar, your liver’s gotta kick in and when your liver’s involved, you’re usually converting that sugar into fat.

40 minutes later, your body has absorbed the caffeine contained in your soda. Your pupils dilate, your blood pressure rises, your liver dumps more glycogen (sugar) into your system and the Adenosine receptors in your brain are blocked which prevents drowsiness.

45 minutes later, your body increases Dopamine production which stimulates the pleasure centers in your brain – which is the same effect as Opiates.

60 minutes later, Phosphoric Acid binds Calcium, Magnesium and Zinc in your lower intestine which artificially increases your metabolism but in a way that makes you pee out the vital calcium in your body. That means the calcium that would normally go to your bones and teeth is being eliminated along with sodium, electrolytes and water.

One hour later, you start to experience a sugar crash, leaving you feeling tired, irritable, sluggish and in need of another pick-me-up.

Bottom line: You want to burn more than you consume. That’s how you lose weight. A lot of times, the devil is in the details and you’re unwittingly short circuiting the very processes that you’re engaging by something as seemingly incremental as a couple of Cokes during your day. If nothing else, be aware of how Coke compels your system to respond in a way that isn’t especially healthy and it’s that way with a lot of what’s typical in the American diet in terms of sugar and even salt.

It could make a big difference…

FYI: You can see the above presented in a video format by clicking here, and for another informative article about the exorbitant amount of sugar in the conventional American diet, click here.

Lou Dobbs on the Trump Presidency How Can a Christian Support Donald Trump?