That’s Going to be a Good Day! 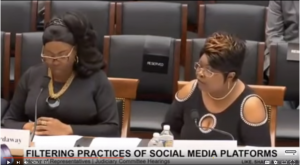 There’s a day coming when all of this posturing as objective journalism and concerned censorship is going to be revealed for the dark and sinister art that is.

At one point, one of the congressmen in this video made mention of Alan Keys in the context of how one of the most censored and criticized people groups in America are black conservatives. He then went on to say that if you throw Christianity into the mix, you’re at “the bottom of the pile.”

You’ve got facts, information and truth (FIT). Facts are headlines, information is judiciously selected data to reinforce those headlines, but the truth is a comprehensive picture for what the issue truly is and not just the feelings that can be highlighted in order to manipulate public opinion.

I was listening to a presentation recently where the commentator was saying that you shouldn’t follow your passion. Rather, bring it with you as you pursue a course characterized by wisdom.

Feelings are powerful motivators, but they can be harnassed and used by forces that have some unhealthy agendas. Shutting down conservative voices in the name of being “hateful” or “harmful” might work for a season, it may sound appropriate and even wise, but it’s all smoke and mirrors. It’s a thin veil used to cover up something that’s amoral, godless and toxic and one day it will be revealed for what it is…