There Have to be Divisions 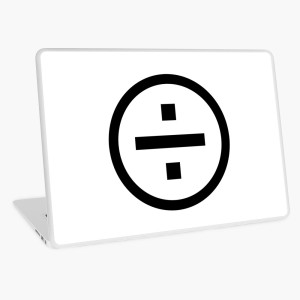 Now I urge you, brothers, in the name of our Lord Jesus Christ, that all of you agree in what you say, that there be no divisions among you, and that you be united with the same understanding and the same conviction. (1 Cor 1:10)

I’m hearing a lot of biblically based admonishments to be pursuing unity and to be sensitive to how Satan uses volatile subjects such as Politics and Race to divide God’s people.

You can get into some pretty passionate conversations when it comes to Black Lives Matter and the lines that distinguish the difference between Democrats and Republicans and if you go by 1 Corinthians 1:10, it’s hard not to agree with the idea that you either…

But does 1 Corinthians 1:10 represent the whole of what the New Testament has to say about “divisions?” Are cultural trends and current events supposed to be categorized under the heading of  “loving one another”and all differences swept under the carpet in order to “get along?”

Is that the Message of Scripture?

No doubt there have to be differences among you to show which of you have God’s approval. (1 Cor 11:19)

Any attempt to foster good will and collaboration in the absence of wisdom is ultimately a poison. “Unity” becomes corrupt, “Diversity” becomes toxic and “Peace” becomes sinister. Reason being is that sin doesn’t sit still – it doesn’t merely “co-exist (Matt 16:8-12; 1 Jn 1:6).” It either grows or it dies. So, when you make philosophical concessions and allow evil elements to exist by labeling their presence as an innocent variety, you’re being disobedient and destroying the good that might otherwise occur (1 Cor 5:13).

When there are flawed convictions being either promoted or subscribed to, we are commanded to speak up in a way that facilitates learning and a positive result. That’s what Scripture is referring to in Ephesians 5:11, Galatians 6:1 and James 5:20. It’s not your “opinion” being expressed if you’re accurately quoting God’s Word and however it applies to the issue in question. Failing to speak up or push back in the name of “unity” is like watching a person drive down the wrong side of the road and not saying anything and justifying it by saying, “They’re in a hurry.” They’re hurting themselves and putting others at risk at the same time – something that’s true of sin in general. If you choose to not say anything, that’s not love…

There are well meaning people as well as some genuine fiends who proclaim their perspective on things in a way that translates to a bad influence and a lethal result (Prov 14:12). To not respond in order to avoid “division” not only makes a bad situation worse, but it also makes true Unity impossible.

There have to be divisions.

When Christ prayed for unity in John 17, His prayer was for a unified commitment to the Truth as opposed to a group of fractured believers committed to personal preferences.

When you encounter those who champion a mindset that deviates from the Truth, you want to speak up in order to promote unity. By remaining silent you destroy it.

There have to be divisions in order to clearly see who’s got the better handle on God’s Perspective. It’s not a competition, it’s the manifestation of God’s command to be capable of “correctly handling the Word of Truth (2 Tim 3:16-17).” If that is both our starting point and our fuel, then Unity is a natural byproduct. Otherwise, not only is it a house built on sand, it’s a house divided. Either way it will collapse. The only way to avoid it is to identify where the discrepancies are and process divisions as warning signs and respond accordingly.

There have to be divisions.

Comorbidities Is He a Good Man?