What If It Never Happens? 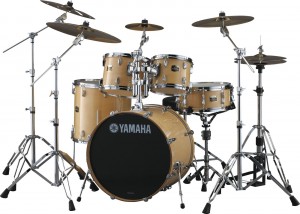 Musicians are weird. At least, that’s the way the come across sometimes.

But it’s not so much that they’re a little “off,” as much as it’s the way they process things. In order to be expressive as a musician, you have to have the capacity to feel and create. And as you progress in your craft, that capacity increases and it inevitably spills over into other areas of your mind. As a result, you can come across a little emotional in the context of scenarios where you might be expected to be more analytical.You might have ideas that seem too grandiose in the mind of someone who’s more about avoiding risk and remaining true to a plan that is “safe.”

So, if you’re one of those “emotional” people that others look at and wonder if your aspirations border on unrealistic, here’s a question for you:

What if your dreams never come true?

What if the throngs of customers that you imagine at your digital door, clamoring for more of your product and service, never materialize? What if you never get the record deal? What if you never play professional sports? What if you’re never able to support yourself and your family as a self employed businessman? What if you’re among those referenced in the Calvin Coolidge quote that says there’s “…nothing more common than unsuccessful men with talent.”

It hurts, doesn’t it? It’s not so much the obscurity represented by failing to realize your dreams as much as it’s the investment made and the apparent lack of return.

That’s a lot of wasted time and effort, isn’t it?

You hear some attempting to justify not realizing one’s goals by saying there’s a bigger picture and in that context you have a reward that’s not necessarily evident to the unenlightened eye.

But I’ve always hesitated in gravitating to something that sounds like a consolation prize. I don’t want to settle for a “single.” I certainly don’t want to strike out, but there’s as Grand Slam in my mind that I want to see happen. Frankly, when things aren’t going as well as I would like them, it’s the thought of persevering and crossing the finish line as a victor that keeps me moving forward. I need to believe that I’m poised on the threshold of great things!

But what if it doesn’t happen? Is there anything being accomplished that constitutes a worthy investment of my energy and imagination if my dream never comes true?

I’ve decided the answer to that question is “Yes.” And while there is a “bigger picture” involved in the rationale that facilitates that answer, what I’m referring to here is more practical than it is philosophical.

When it’s all said and done, the “true currency” of my life is going to be calculated first and foremost in the context of the relationships I cultivated. At the top of the pile will be my relationship with Christ (Rev 20:15). That will be priority one. Secondly, I will answer for the way I loved my wife (Mal 2:13-16) then I will answer for the way in which I loved my kids (Eph 6:4). I’ll be rated according to the way I loved my friends (Jn 13:34-35) and finally, the way I served and had compassion for my fellow man (Lk 10:27).

Throughout Scripture you hear an emphasis on “love.” That’s the signature of a believer (Jn 13:34-35). When enumerating the more well known virtues, love is identified as the greatest of them all (1 Cor 13:13).

I don’t think I’ll ever stop “dreaming.” I’ve got a buddy whose license plate reads “Pray Big!” and I love that. But regardless of how those dreams pan out, whether they come true or they die a tragic death, the only thing that’s going to have any real merit is the way in which those dreams assisted in facilitating the love and compassion I’m commanded to exhibit. And there’s the answer to my dilemma as far as “What happens if they don’t come true?”

What occurs – what is measured – is the same regardless of the final status of said dream. It’s the way in which I served and loved. The passion that is hardwired into my emotional DNA is manifested and even cultiavted in part by the way in which I pursue my goals. If I’m wise, I’ll take that passion that is continually being enhanced by my “crazy ideas” and applying it liberally to the relationships I’ve been entrusted with. The result is an ever expanding amount of “true currency” being deposited into the only account that truly matters.

That’s not a consolation prize, it’s not an excuse, that’s Truth. Provided I keep my priorities in line, I can continue dreaming and scheming and not be discouraged by a lack of success because I know that my efforts are simultaneously fanning the flame of my capacity to care, my willingness to serve and my sensitivity to another’s pain. The result is a coffer of healthy relationships and that’s true currency.

Why Would You Impeach President Trump? Chick Fil A and the Great State of Texas