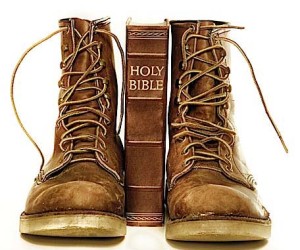 Wouldn’t it be great if there was a resource out there that got your entire congregation genuinely interested in studying the Word of God, spending time in prayer and being genuinely engaged and not just present when it came to church attendance?

I want to believe that what I’m getting ready to propose could do just that.

Now, I know what you’re thinking…

You’ve been leading long enough to know that campaigns and strategies rarely deliver when it comes to facilitating an enduring commitment to spiritual maturity.

But let me ask you a question: If you were to create a billboard that promoted a relationship with Jesus Christ and you couldn’t reference heaven or hell or how Jesus helps you with your problems, what would that billboard say?

Most people find it hard to come up with something right out to the chute. Intuitively, they know there’s more to Christianity than just a “go to” Resource when you’re at the end of your rope. But conventional church culture typically predicates everything it does in terms of evangelism and discipleship on the assumption that you’re in desperate need of Divine Assistance.

Anybody with even a rudimentary knowledge of God’s Word can reference Romans 6:23 and John 15:5 as far as our being destined to eternal damnation and the fact that, apart from Christ, we can do nothing.

But more often than not, that’s where our “marketing” stops. And while it’s absolutely needful to recognize our spiritual and practical destitution apart from our Redeemer, it’s just as crucial to embrace the Purpose, Peace and Power He makes available to us that’s designed to be applied in a way where we reek of excellence in everything we do, think and say.

If you were to apply Colossians 3:18 in the way you perform at work, you would be more than the kind of person an employer would hire…

You’d be the kind of person they would promote.

Second Corinthians says that God is able to make available to you all that you need so that you can knock it out of the park in “all things at all times.”

Salvation was never intended to be relevant only in the context of your funeral arrangements or as a Divine Emergency Kit. You want to be on top of your spiritual game so that at the end of the day, you’re…

You’re the kind of person people want to work with and work for. You light up every room you walk into and it’s not because of who you are but because you’re given the One Who lives inside of your free reign over every aspect of your life.

Do you see where this is going?

Christianity is not just playing defense where you’re constantly bracing yourself for the next temptation or the next attack. It’s about moving the ball down the field, putting points on the board and not being satisfied with merely being “nice,” but being stronger, deeper and better than you could ever hope to be on your own.

And that is how you get the masses fired up about reading the Word of God and drawing nearer to their King! You show them the Practical Result of Discipleship so they’re perceiving prayer and Bible Study as invitations and not just obligations. Show them that billboard that has things like…

And mind you, this is not a “prosperity gospel!” In the end, it’s not about you. It’s about Him in and through you and it’s that ever increasing desire for more of Him that translates to a greater degree of excellence in the way you perform, the way you speak and in the way you think.

And that’s what Muscular Christianity is all about.

We’re not looking at diet and exercise as yet another means by which we can gratify ourselves. We’re establishing a Source of Inspiration that motivates us beyond that point where we would otherwise make concessions.

We’re making a point of ensuring that everything we do, think and say rates the Approval of our King and that’s going to apply both to the gym and to the dinner table.

We’re going to surround ourselves with Accountability Partners and in that way deploy a Biblical strategy that applies to every discipline we engage and not just our workout schedule.

And we’re going to pop the hood on the Word of God and get to a place where we can explain what we believe and why we believe it. We’re going to develop a perspective that intentionally blurs the lines that would otherwise distinguish the sacred from the secular and we’re going to unpack the Reality that says we become and we accomplish so much more when we realize that it’s not about us and it’s all about Him.

You ready to do this? You want to fly solo or do you want to do this in a group setting? You want to kick this off with an introductory session, or how about a Sunday morning service?

Click on any of the links for more information.