May 20, 2018Bruce GustDiscipleship, Fitness, Self Improvement0 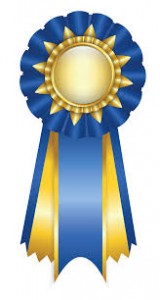 I maintain that a large part of the reason why many people fail to realize their fitness goals is because they don’t reinforce their resolve with something greater than themselves. I use the illustration of sports and the military to prove that idea by underscoring the way in which both athletes and service personnel will push themselves, not because they’re concerned about their waistline, as much as they are promoting the reputation of the uniform they wear.

Fact is, we have access to the same kind of motivation, but only better in that its influence is not limited to a season or a tour of duty. It’s perpetual and because it works from the inside out, its affect is even more substantial.

Discipleship, as a form of motivation, can be a hard sell because of the way Bible study and prayer are traditionally processed as things that are either reserved for crisis situations or scenarios that are overtly ministerial.

Even by highlighting verses such as 2 Corinthians 9:8 and Colossians 3:17 which show how nothing is untouched or unchanged by the Power and the Grace of God, you’re still leaving your audience hanging unless you can somehow prove that the “prize” referenced by Paul in Philippians 3:14 is just as much of a motivator as a state title or a personal decoration.

Here’s what Paul said to the church in Philippi:

I press on toward the goal to win the prize for which God has called me heavenward in Christ Jesus. (Phil 3:14).

An athlete can envision a championship, a soldier can see themselves being decorated, but what kind of an incentive does a believer reach for? What’s the prize?

In short, the prize is the reward you get for being obedient (1 Cor 9:24-25). But not just obedient in the context of things you do at church. That’s where a lot of folks fail to connect the dots as far as the way in which the “prize” is both practical and profound simultaneously.

Every Time You Get Up to Bat

Scripture is frequently punctuated with admonishments to knock it out of the park every time you get up to bat, no matter what it is that you’re doing (see Prov 16:3; Ecc 9:10; 1 Cor 10:31; Col 3:17; 23). When you’re resolved to reek of excellence in everything that you do, inevitably your work ethic, your performance and your attitude is better than it would be otherwise. Hence, your chances to succeed are far greater. But you’re not only gaining whatever accolades are associated with the successful completion of your goal, you’re also putting some eternal points on the board in that you’re being obedient to God’s command to be “excellent.”

Not Just What You’re Doing, it’s Also How You’re Getting it Done

Bear in mind, though, it’s not just a matter of getting things done. It’s in the way you think (Phil 4:8), in what you say (Ps 19:14) as well as what you do (Col 3:17). The idea is that you’re operating in a way where His Name is being stamped on every aspect of your existence, the end result being the kind of overall quality that inspires both admiration as well as interest in what it is that makes you tick (Matt 5:16).

If your focus is on yourself alone, Scripture says that you’ve received your reward in full and you’re not to expect any kind of eternal prize points (Matt 6:2). There’s more to being obedient than simply being passionate in what you do. But that shouldn’t resonate as a burden. Rather, being humble (Lk 14:10; Phil 2:3-4) and gracious (1 Thess 5:16-18) is just another plus being observed by those on the outside looking in. Regardless of how you look at it, being obedient to what your King commands results in nothing but good things both here in this life and the one in the hereafter.

Do you see where this is going?

Paul uses the illustration of a crown in 1 Corinthians 9:25 to illustrate the kind of trophy that awaits us when we cross the finish line up in heaven. That crown is the sum total of the eternal accolades attached to every earthly goal, task, gesture or trophy that was won or accomplished as a result of being obedient. That same crown, unlike the rewards that fade in this life, will never lose their significance or their luster. And that’s why Paul positioned his goals the way he did: By lining them up as a series of rungs in a ladder leading to his true and final Accolade, he stayed motivated, and energized resulting in his being able to accomplish more than he would’ve otherwise.

You’re not “using” God, you’re “choosing” God. It’s not your agenda, it’s His Agenda as He manifests it through your ambitions and preferences (Jn 4:34; Phil 2:13). Are you accomplishing your goals? Yes! Are you maintaining a healthy set of priorities as you’re getting it done? Yes! Are you enjoying the thrill of achieving your goals? You better believe it! Are you making your King look good in the way you’re working and the results you’re producing?

In terms of strength, significance and success, there is no life greater than the one God offers in exchange for your obedience (Jer 29:11; Rom 12:2). To live out that Reality, simply maintain a constant line of communication with your King and let the thought of His Signature of Purpose being fixed to every waking moment of your life inspire you to be and do more.

You’re constantly confronted with a version of yourself that’s inclined to make mistakes and concessions. Instead of “trying” to defeat that beast, win (Eph 6:12)! Keep your eyes on the finish line and the pat on the back that’s coming from your God when it’s all said and done (Rev 20:12). Reinforce your resolve and keep your brain free of obstructions with a steady diet of Scripture and frequent conversations with your King.

That’s why you read your Bible and that’s why you pray (2 Tim 3:16-17; Jas 1:5). It’s not just for the sake of being moral or being kind. That’s the shallow end of the pool! You want to get in over your head and apply God’s Word, His Power and His Perspective in everything you do so the end result is an accomplished goal, an admirable character and an eternal blue ribbon.