The Victims of the Democrats 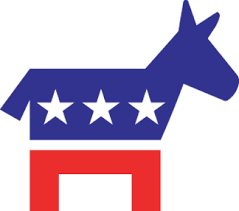 The Democrat party is able to accomplish a great deal by framing their platform around “the victim.” By doing that they’re able to do three things:

With this approach, moral absolutes can be dismissed, criminal activity can be excused, double standards can be applied, the rule of law can be ignored and some of the most nonsensical, humanistic agendas can be implemented without any objection or opposition.

Everything is framed around the idea that someone is deprived and therefore has a claim to something that anyone with even the slightest degree of compassion would be more than willing to accommodate.

Even felonies can be made to look noble. Any news or media that dares to question or refute the Democrat perspective is sneered at and if the content can’t be sufficiently refuted, the character of the witness or the reputation of the author is assaulted to the point where the focus is no longer on what’s being said, but who’s saying it. And if their character doesn’t lend itself to something that is easily vilified, they’re simply accused of “fear and hate,” and their objections are automatically processed as selfish and sinister.

Nothing can now be believed which is seen in a newspaper. truth itself becomes suspicious by being put into that polluted vehicle.”
Thomas Jefferson to John Norvell, June 11, 1807

In the event public support of the Democrat platform begins to wane, vulgar buffoons and aggressive troublemakers are held up as representatives of the opposing viewpoint and with the help of a cooperative press, legitimate questions and real concerns are made to look immoral, foolish and even violent. Once those tactics have been successfully deployed, not only is the substance of the Democrat perspective restored, it then becomes reasonable if not needful to silence anyone or anything that stands in the way of the Liberal paradigm.

There are people who need help. Victims do exist. But there’s a difference between someone who’s been pushed to the ground and someone who’s voluntarily taken a fall, just like there’s a distinction between a desperate measure and a calculated crime.

You can’t claim to be a casualty of a flawed system if your injuries are self-inflicted and your right to be happy does not give you the authority to redefine moral absolutes. Reproductive Rights applies first to the bedroom before it’s considered in the delivery room. Mail In Voting is an appropriate convenience until it’s a means to cheat. Is the demand for equal treatment a cry for equality or a demand for immunity? You are responsible for your actions. There’s a difference between assistance and a subsidy. There is a God, He’s on your side, but you’re not Him.

None of these realities are welcome at the Democrat table given the way they way they compel a person to see themselves as a name, a person and a choice as opposed to a label, a mob and a crowd. When that happens, those that would otherwise categorize themselves as a victimized collective begin to rethink their political affiliation as they realize the only “victim” that exists in the mind of a Democrat is the one that prefers programs rather than progress and would rather exist and be supported than live and be successful.

…save the bottom line of themselves.