Is He a Good Man? 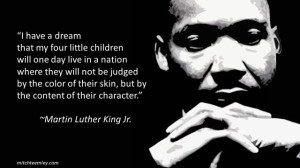 “A Marxist begins with his prime truth that all evils are caused by the exploitation of the proletariat by the capitalists. From this he logically proceeds to the revolution to end capitalism, then into the third stage of reorganization into a new social order of the dictatorship of the proletariat, and finally the last stage — the political paradise of communism.”

This is a quote from Saul Alinski – a community organizer idolized by both Hillary Clinton and Barack Obama. His tactics were legal, but nevertheless vile in the way they were prosecuted in the context of a noble cause, but in the end they were nothing more than tactics used to extort money and power from those in authority. He was a fool and a fiend, but he was nevertheless very efficient in the way he could pose as a noble champion when in fact his was a sinister agenda.

Systemic Racism is a term you’re hearing often in the news these days. It refers to a societal structure where black minorities are forced to endure a stifled economic status and a corrupt legal system that is both brutal and unjust. It all comes down to one question:

Is he a black man or is he a white man?

In that moment, you’re able to show how your opponent is presuming to know your background, your upbringing and your ability to recognize the difference between moral decisions and squandered opportunities because of your ethnicity. If that is the case, again, they are the very thing they claim to despise and, hopefully, their hypocrisy becomes their inspiration to focus more on their God given potential rather than the media driven restrictions endorsed by certain sections of the culture and self absorbed politicians concerned more about their constituents’ vote then on their welfare.

There are a large number African American voices out there that insist that Systemic Racism is a myth. Their argument is that if it were true, then you would not have minorities represented in every prominent position in government, entertainment and academia. They elaborate by saying it’s not about a person’s skin, it’s about the individual. Categorizing all instances of arrests, unemployment and High School dropouts as symptomatic of a flawed system is ludicrous if those same instances can be revealed as the result of choices being made rather than prejudices being enforced.

The bottom line is that if you would attempt to insist that “whiteness” translates to an advantage, you have to first prove that morality and character is not a factor.

41% of minorities drop out of High School and 70% get pregnant out of wedlock. Between those two statistics alone, you have the lack of marketable skills and the logistical obstacles that explain the economic disparity that exist between minorities and the other demographics that exist in this country (whites are not the most wealthy, by the way).

In addition, the practice of taking the character flaws of a select few and projecting them on to an entire people group is the very definition of Racism. When you listen to any of the talking heads out there that are spewing any number of labels from “white evangelicals” to “whiteness” or even “police brutality,” they are not referring to individuals as much as they are whole institutions. In other words, they are the very thing they claim to despise.

Start there and the vast majority of your problems are solved. And the ulterior motives of those who are looking to use the tactics championed by Saul Alinski, as far as fanning the flames of racial tensions in order to usher in a new political paradigm, are identified and dismissed as the bogus paradigms that they are.

Again, the question that needs to be asked is not, “Is he a black man or is he a white man?”

The question that needs to be asked is…

There Have to be Divisions The Guy in the Middle