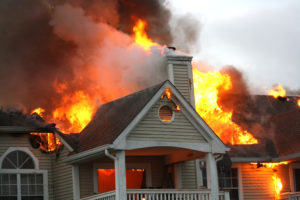 If a building is on fire, you don’t criticize or restrict anyone who is helping to put out the blaze. Not unless you want to see the building continue to burn…

Everything you hear about COVID-19 is framed around “cases” and “death tolls.” Whenever any effort is made to include in the conversation recovery rates and successful treatments, those contributions are dismissed as cruel and insensitive distractions.

Just because the virus is real, doesn’t mean that everyone is getting sick.

Just because there are some getting sick, doesn’t mean everyone is being hospitalized.

Just because some are being hospitalized, doesn’t mean that everyone is dying.

And those who have passed away, in many instances didn’t die because of COVID-19 as much as it was a situation where the virus irritated pre-existing conditions to the point where their body ceased to function.

These are both valid and important distinctions that much of the media is ignoring. Couple that dynamic with the way in which they demonize the doctors who’ve gone on record insisting that the virus can be treated and cured based on the way it’s impacted their patients and you’ve got a situation where it’s obvious…

…somebody wants to see this building continue to burn.

It’s not about glossing over those who are genuinely suffering, but to use those cases as something that’s representative of the population as a whole is not only unethical, it’s genuinely sinister. Reason being is that now you can establish new rules based on “compassion” that would normally be immediately recognized as bogus and denounce anyone who disagrees as someone who is selfish and uncaring.

…somebody wants to see this building continue to burn.

FYI: According to the “Post and Courier,” there have been no reported deaths as a result of the vaccine. But if you head out to openvaers.com, you can read for yourself the deaths, hospitalizations, office visits, cases of Anaphylaxis (acute allergic reaction) and Bell’s Palsy (temporary paralysis of the muscles in the face) experienced in the aftermath of the vaccine.

You can ethically say that these conditions are not the result of the vaccine, but only if you ignore the fact that no history or symptoms of the conditions experienced by the patient existed prior to being vaccinated. And to make matters even more disconcerting, according to a Harvard study, less than 1 % of vaccine side affects are actually reported.

In addition, Boston University published an article in October of 2020 saying that the death toll among Americans could actually be much worse than originally thought.

But at no point in the article does it reference with any real clarity the fact that 94% of those who struggle with COVID-19 have serious pre-existing conditions.

The Washington Examiner published an article in March of 2021 saying that the World Health Organization has recommended not to use Hydroxychloroquine as a treatment for COVID-19.

This, despite the fact that a study by the Henry Ford Heath System, showed Hydroxychloroquine to be capable of significantly cutting death rates among COVID-19 patients.

Unfortunately, the political climate that has persisted has made any objective discussion about this drug impossible, and we are deeply saddened by this turn of events. Our goal as scientists has solely been to report validated findings and allow the science to speak for itself, regardless of political considerations. To that end, we have made the heartfelt decision to have no further comment about this outside the medical community – staying focused on our core mission in the interest of our patients, our community, and our commitment to clinical and academic integrity.

There are other voices and other aspects of this virus that are being either silenced or ignored entirely. Most of what we use to shape our perspective on important issues is what we allow into our inbox. In a lot of cases, that’s perfectly fine. But when you consistently encounter situations where both physicians and patients testifying to the effectiveness of different treatments are being intentionally buried beneath a mountain of selected statistics and biased professionals, you can bet you’re not being informed as much as you’re being influenced and those you’ve entrusted with the task of giving you an honest portrayal of current events…

They want to see this building continue to burn.

What Does it Mean? A Good Christian vs a Resurrected Hardcharger