You and Your Typical Demon 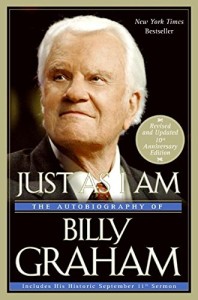 But what does it mean and how does one make it happen?

First of all, let’s look at a couple of questions and scenarios that will help rule out some things that can be distracting otherwise.

You and Your Typical Demon

Imagine two individuals—one is a demon the other is a believer. Try to determine which one is which based on the way they might answer the following questions:

Question #1: Do you believe in God?  James 2:19 says: “ You believe that there is one God. Good! Even the demons believe that—and shudder.” Based on that passage, what do you think the demon would say?

Question #2: In Matthew 8:29, several demons see Jesus coming and they say: “What do you want with us, Son of God?” they shouted. “Have you come here to torture us before the appointed time?” Our next question is: Do you believe that Jesus is God’s son? Obviously the believer would answer yes, but how do you think the demon will reply based on the verse we just read?

Last question: Do you believe that Jesus rose from the grave? Again, the believer is going to answer yes. What’s the demon’s answer going to be?  Colossians 2:15 says: “And having disarmed the powers and authorities, he (Jesus) made a public spectacle of them (Satan and demons), triumphing over them by the cross.” Based on those two verses, how do you think the demons would answer?

What do you think? Is there a difference in the way our two individuals answered the questions? Let’s take a minute and review what was asked:

There’s no difference between these two individuals based on the questions that were asked. Both answered in exactly the same way.

James 2:19 indicates that demons believe in God. Matthew 8:29 quotes a demon as accurately referring to Jesus as God’s Son, and it’s evident from the other Scriptures we looked at that the devil and those who serve him are very aware of the defeat that was dealt them when Jesus rose from the grave.

Do you smell that?

That’s the aroma of reality. The fact is, demons “believe” that Jesus is God’s Son and that He rose from the grave. So, there’s got to be something else besides just a willingness to acknowledge Jesus as a historical figure with some theological substance attached to Him.

Believing With Your Heart

You see that idea expressed in Proverbs 4:23:

“Above all else, guard your heart, for everything you do flows from it” (Prov. 4:23)

It’s significant that Scripture references the heart as what constitutes the source of who you are rather than the mind.

“It’s with your heart that you believe.”

It’s comparable to that situation where someone agrees that diet and exercise are healthy habits. But it’s the one who actually engages those habits that demonstrates a belief that resides in his heart.

Your belief doesn’t merely qualify you as morally perfect before God – which is what happens when you accept God’s gift of grace.1 It also facilitates a complete transformation of who you are.

When you make the Reality of Christ your reality – when you’re recognizing that what He did on the cross was for you in the most direct and personal way possible – at that point, you’re no longer respecting a Nativity scene or a crucifix, you’re now sitting down with the Son of God as your Savior and not just a lifeless idea.2 In that moment, you go from being a spiritual corpse to having a spiritual pulse.3 Your membership into the Kingdom of God is now guaranteed,4, but you’re also operating according to an entirely new internal paradigm in that God’s Spirit is living in you.

It’s His Spirit that’s now providing a Voice that, up to now, wasn’t even available (see Eph 2:1). This Voice is now guiding you and giving you a new kind of desire for doing the right thing at the right time in the right way for all the right reasons.5

Let’s go back to the Q/A session with two individuals we were envisioning at the beginning of our discussion. Let’s imagine that they have to answer one more question, and here it is:

Does the Spirit of Christ live in you?

What would you say?

According to Romans 8:9, that is the determining factor. That is what distinguishes the believer from the demon in our scenario.

There are many who go through life having convinced themselves that they’re believers—thinking that a mental acknowledgment of Christ’s reality equates to the saving belief referenced in Scripture. It’s not an uncommon fallacy, but it is nevertheless a departure from God’s Word that is both tragic and lethal.

On the other hand, the belief that comes from the heart that manifests itself as a personal conviction and not just a mental acknowledgement opens the door to a relationship with the One Who put the stars in their place and gives you, not only a guarantee of an eternity spent with Him, but a life that’s truly worth living as long as you’re walking this earth.

That’s what it means to be saved!

The Billy Graham Association has a great piece that will walk you through the verses and the subsequent steps you need to take to make Christ your personal Savior and not just a mental picture. Click here to read more.

According to Who, Based on What... Chapters and Verses