According to Who, Based on What… 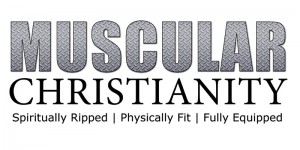 There’s a lot going on these days and with more activity, comes more information.

The challenge is this: Are you hearing information or are you experiencing manipulation? I’ve decided that even with Fact Checkers and “Community Guidelines,” there’s a phrase I’m superimposing over every resource and talking head…

It’s getting to a point where you can find a headline to reinforce whatever it is that you want to be true. If you go out to Google and do a search for “states that stopped counting,” you’ll find pages of fact checkers, authorities and experts insisting that no state actually “stopped” – that the whole business of counting having been interrupted is absurd.

If you “want” fraud to be non-existent, you can find plenty of content to justify your belief that the whole thing is nothing more than Trump and his supporters refusing to accept defeat.

On the other hand, if you “want” fraud to be an issue, you can find plenty of commentary and complaints to justify your being skeptical and even indignant. But again…

It’s very difficult to champion your cause when you have to simultaneously defend your character. I’ve discovered this is very important. Reason being is that there’s a tactic out there that is deployed when confronted with a truth that can’t be easily refuted. In that situation, the strategy is to assault the character or the credentials of the person speaking and in that way, undermine the credibility of whatever is it that they’re saying. Now, you’ve contained the problem by forcing your opponent to divert their energies from articulating their platform to defending their integrity.

When you hear this strategy being deployed, though there are exceptions, there’s a good chance that whatever is being said by the person being attacked is probably worth listening to.

According to who, based on what…?

Headlines are designed to get your attention as well as shape your perspective so even without reading the article, you’re associating a degree of credibility with whatever’s being implied by the headline itself.

If fraud in this election didn’t occur, you have to PROVE that it didn’t happen. And with that proof, you have to be able to explain the statistical realities that border on the bizarre, in terms of the huge uptick that Trump experienced with different demographics as well as the poor performance Biden turned in with his supposed supporters. You have to refute the findings documented in the report the State of Texas prepared that denounced Dominion Software. And you have to do this in a manner that stands up to the tests invariably applied when your audience asks…

On the other side of the aisle, if fraud did occur, you can’t just submit mathematical anomalies. You have to demonstrate their impossibility, you have to prove through sworn testimonies and signed affidavits that oversight was non existent, that dead people voted and the mail in ballots that Biden depends on to claim a victory are not legitimate. And again, you have to do this in a way where people who are skeptical can nevertheless be confident in what’s being stated because you’re able to answer the question…

Enough of the three piece suits and high dollar production. No more attention grabbing headlines and social media “objectivity.” No more Senators quoting the Constitution when it’s convenient to do so and criticizing it when it doesn’t advance their agenda.

You have the floor…

What Do You Do? You and Your Typical Demon