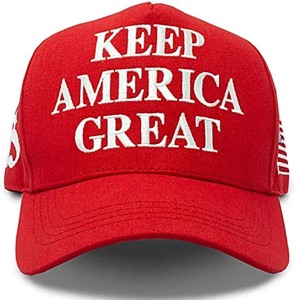 Our country was founded on the Truth that God created all men equal. It was, and is, a Christian paradigm that provides the philosophical scaffolding upon which we base our rights and our futures.

It’s because of that spiritual heritage, as well as the obvious advantages represented by reinforcing one’s approach to themselves and the world around them with a Perfect Source of Wisdom and Strength, that leaders are evaluated according to their character and the extent to which they are willing to govern according to Biblically Empowered methodology.

Not all candidates that are worthy of consideration are sterling examples of Christian thought and activity, though. It’s here where it can feel like you’re making an unhealthy concession by supporting an individual who can’t necessarily quote the Word of God or speak coherently about His Redeemer’s Actions over the course of his life.

Add to that any kind of crass verbiage or disagreeable activity and you’ve got a tension between two seemingly opposite poles: One one hand you have a person who has on their resume a substantial collection of accomplishments that are consistent with Godly Principles and on the other hand you have that same personality that doesn’t always conduct themselves in a way that is dignified let alone Christlike.

How can you support someone who’s doing “good” things, yet conducts himself in a way that doesn’t always line up with God’s Word?

Here is the problem that some have with applauding President Trump. Constantly confronted with images and quotes that characterize him as vulgar, hateful and immoral, they can nevertheless see things that he’s doing which resonate as both wise and profound.

How does one vote?

For more information about what President Trump has done in the context of advancing and protecting the spiritual heritage that makes America both unique and exceptional, click here.

To read about other accomplishments of President Trump that are worth considering, click here.

Here’s some things to consider…

In the Marine Corps, I had the opportunity to work for a variety of leaders. Among some of the best I ever worked for were individuals who cussed in ways that were both consistent and creative. But while they were not the kind of individuals whose conduct or verbiage would work in a Bible Study setting, I would nevertheless follow them into a combat situation without a moment’s hesitation. They were phenomenal leaders whose ability to get things done was surpassed only by their commitment to the well being of their subordinates.

Given the choice between working for a weak leader who smiled and carried a Bible and a strong NCO who cussed while smoking a cigarette, I would choose the strong leader without question. And should someone question or criticize my selection, I would simply point them to the book of Ezra.

The Book of Ezra

When the Babylonians conquered the Southern Kingdom, they utterly destroyed the Temple and the wall surrounding Jerusalem. In 539 BC, Cyrus, the founder of the Persian empire invaded Babylonia and established himself as the legitimate successor of the ancient Babylonian kings. Not long after, Cyrus decreed that the Jews could return to Israel and rebuild the Temple (Ez  1:2-4).

Cyrus is addressed by name in Isaiah 45. God refers to him as someone He has anointed for the sake of his people. He also says of Cyrus:

Cyrus did not fear any “god” in particular. Nevertheless, God used him to liberate the Jews and begin reconstructing the Temple.

However a leader may or may not be personally committed to Christ, to overlook the platform they champion and the extent to which it promotes godly purposes is to err in a way that is both:

▶ Practical ->  in that you’re inevitably installing an option that is antagonistic towards Christian principles and…
▶ Profound -> in that you’re ignoring the way God sometimes uses heathen authorities who, “…do not acknowledge Him” to accomplish good things on behalf of His people

What Has He Done?

Donald Trump is perpetually portrayed as a fool and a fiend. But in addition to guarding one’s self from believing a journalistic pool that has repeatedly revealed itself as both bias and unreliable, it’s wise to consider what President Trump has done that directly affects the protection and the promotion of our country’s Christian heritage:

▶ officially acknowledged Jerusalem as Israel’s capital
▶ the successful nomination and installment of conservative Supreme Court Justices (Neil Gorsuch and Brett Kavenaugh)
▶ Trump repeated Obama’s “Contraceptive Mandate.” Contraceptives were categorized by Obama under the heading of “Heath Insurance” thus obligating employers to subsidize their employees sexual choices. Trump gave employers the option should the Obama’s Federal Mandate be perceived as something that violated their religious convictions.
▶ enacted legislation that prevented violations of religious freedom in the context of Heath Care. If you object to certain medical procedures including sterilization, abortion or euthanasia for reasons of conscience or religious freedom, you can bullied out of the Health Care field. This legislation protects your right to say, “No” if you see what you’re being asked to do as a violation of your religious convictions or what you perceive to be morally correct. To read more about Trump’s new “Conscience and Religious Freedom Division” within the government’s Health and Human Services Department, click here
▶ eliminated support of global abortion funding (known as the Mexico City Policy, Trump ceased any US financial support of abortions being done internationally)
▶ destruction of ISIS and the caliphate overseen by Abu Bakr al-Baghdadi (Trump took months not years to dramatically dismantle and destroy the tactical infrastructure represented by  Abu Bakr al-Baghdadi)
▶ The Abraham Accords is an initiative on the part of President Trump to facilitate better relations between the United Arab Emirates and Israel.

Your vote doesn’t need to be qualified according to a candidate’s denomination as much as it needs to be considered in light of their willingingness to be used by God to accomplish His Purposes. That’s the moral of the story when it comes to Ezra’s account of Cyrus and that’s your primary starting point when it comes to your selection of the next President of the United States.

See you at the polls!

P.S. To write in another name on the ballot or to abstain from the voting process entirely is to withdraw your support of “King Cyrus” and insist that unless God provides the kind of leader that’s consistent with your expectations than God’s Activity goes unnoticed and both the wall and the Temple remain in ruins.