Because That’s What You’ve Been Told 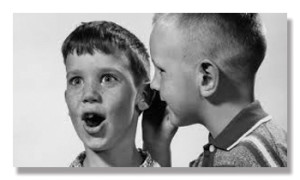 For the last four years, you were convinced that regardless of what President Trump accomplished or said, he was a fool and a fiend. Therefore, anything he did was suspect and could be comfortably categorized as either irrelevant or detrimental…

His election wasn’t credible. He colluded with Russia. We spent two years and 32 million dollars investigating a claim that turned out to be untrue. But in your mind, he’s still guilty and the 2016 election wasn’t legitimate…

He should’ve been removed from office. He made a call to the President of the Ukraine and you sat glued to the TV watching a parade of unelected officials insist that Trump was guilty of abusing his authority. The Ukrainian President himself insisted that the call in question was devoid of any such conversation, implied or otherwise. But you still believe that Trump was guilty and the only reason he wasn’t removed from office is because the Senate refused to do their job.

COVID-19 has a 98% recovery rate and of those that have passed away as a result of the virus, 94% had, on the average , 2 potentially life-threatening pre-existing conditions. The CDC has said it’s not an airborne disease. Yet, you still wear a mask and support the idea of staying distant, closed and compromised and believe anyone who wants to get the vaccine and move on is reckless, selfish and even cruel.

There’s over 1,000 signed affidavits and sworn testimonies testifying to the fact that this past election was fraudulent. The State of Texas has a publicly accessible pdf that details why Dominion’s software is not a secure voting mechanism. President Trump delivered a speech that detailed several instances of suspicious activity. It wasn’t aired on any major network because several courts and attorneys insisted that none of what had been submitted constituted any real evidence. You’ve not read any of the testimonies yourself, you weren’t in any of the swing states to observe what went on, but you nevertheless believe that President Biden’s election was honorable and accurate.

President Trump said nothing that could be construed as a call to violence on January 6th. A transcript of his speech is available for public review. Anderson Cooper from CNN interviewed someone posing as a cameraman merely filming what was going on in the Capital. It turns out, however, he’s part of a BLM group and was caught on film agitating the crowd and urging people to “Burn this sh** down!” Yet, any questions pertaining to the true political convictions of those who broke into the Capital and evaluate them on an individual basis as opposed to labeling the entire crowd as insurrectionists is dismissed as pointless. This would be a healthy and logical step to take to find out how multiple peaceful rallies held both in Washington and throughout the US suddenly took a violent turn. But it doesn’t matter. You believe Trump and anyone who supports him is violent, godless, racist and a threat to Democracy…

…because that’s what you’ve been told.

Freedom of Speech is now determined by what party you support. Arguments are won not according to the substance of your content, but on the effectiveness of your methods. American interests and security concerns are prideful restrictions that only people who lack compassion would even consider. Moral Absolutes are cruel and antiquated traditions that need to give way to open dialogue and the right to be happy. And you heartily agree with all of this..

With few exceptions, none of us have actually worked with Trump, we’re not on a first name basis with Biden, we’re not experts in viruses and even when we attempt to google things and seek out additional information, we’re still drawn to those sources that possess a philosophical bent that leans in our preferred direction. In other words, we are what we eat and we’re hesitant to listen to anything or anyone that doesn’t agree with our worldview.

When you think of the current political climate, then, it’s not so much about what’s true as much as it’s about who we believe is telling the truth.

Is it Anderson Cooper or Rush Limbaugh? Is it Newsmax or NBC?

One thing that can used as a good indicator is to ask the question, “Am I being presented with a commentary on what’s being done or who’s doing it?”

For example, Moral Failings are heinous. But the public reaction to those indiscretions is bound to be different if one instance is presented as a misstep and the other situation is displayed as grounds for dismissal. If the activity is the same, but the reporting is completely different based on the personality involved, you’re not listening to “news” as much as you’re listening to a “campaign.” You’re not hearing topics as much as you’re hearing tactics, regardless of what the headline says.

In that moment, you have legitimate cause for concern. Reason being is that among the strategies typically used by sinister elements who are promoting an agenda is to silence their opposition by casting them as villains. By doing so, anything that person champions is now associated with something reprehensible and whatever platform is being proposed as an option now looks far more appealing regardless of how toxic it may be.

Does this sound familiar?

How many times have you seen a person been excoriated for their behavior while their political counterpart isn’t even criticized? How many times has a particular issue been promoted by implying that anyone who doesn’t agree doesn’t just have a different opinion, but they are immoral?

Truth is not how certain facts are manipulated, it’s how all the facts are evaluated. And you don’t arrive at the truth without seeking both sides of an issue and dismissing those accounts that are focused more on personality than principle.

We’re at a point where we can no longer allow our convictions to be dictated by media outlets that are focused more on who said something as opposed to what was actually said. We’re all dependent on the headlines to some extent. But we can choose who to listen to. We can seek out second opinions and we can resolve to filter out those voices that are more preoccupied with assaulting someone’s character than objectively examining their content.

You’ve got to be like the Bereans that Paul talks about in Acts 17 – people who examined what was being said to find out if it was true and not let the personality speaking be more of a priority than the point they’re making. That’s how you arrive at a legitimate bottom line.

Now, you may not agree with any of this and if you’re determined to trade truth for accuracy and gossip for substance, chances are you’re doing so because you’re convinced that any news or information coming from anything or anyone other than those who share your worldview are bogus.

And why do you feel that way?