But Look How Much They Care for One Another… 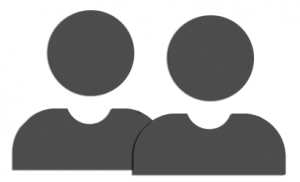 It’s interesting to pop the hood on those relationships that are, by definition, contrary to the way God has set things up. For example, two people who live together, but are not married. Or, an extramarital affair or even a same sex marriage. There’s a tendency to bestow an element of honor on those relationships based on the way the couple in question appears to genuinely care for one another. But is that an accurate response? Is it healthy to, in some ways, minimize the fact that every one of those scenarios is frowned on by God, based on the way the parties that are involved seem genuinely committed to one another’s welfare and happiness?

Everything about the aforementioned relationships is based on a resolve to rebel against the “good” that God has put in place. If you love somebody, you’re not going to put them in a position that invites the consequences of disobedience. If you insist on compromising them, it’s not their welfare that you’re looking to protect as much as it’s your determination to rebel that you’re wanting to promote.

There are those out there who will raise their voices in an anthem of praise and affirmation for those who choose a path that is characterized by pain, ruin and despair (Phil 3:19). If in any way, shape or form you affirm an individual who’s engaged in a condemned relationship, you’re inevitably contributing to the agenda that seeks diminish the substance of what each of those scenarios represent: Rebellion. And those stories never have a happy ending.

An adulterer who cares for his mistress, a homosexual couple holding hands or a guy and his girlfriend saving money so they can buy a couch for their apartment – it’s not that they care for each other as much as they’re determined to live out a selfish resolve to replace God’s Word with their own law.

And that doesn’t work…