Sin is a Private Matter…? 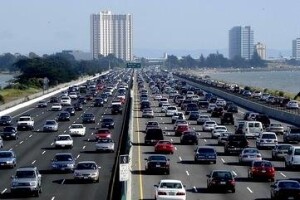 Maintaining the idea that sin is “private,” is a misnomer.

You can think of it as the flow of traffic.

When Adam and Eve chose to take a bite of that apple, they tapped their brakes and everyone behind them was compelled to slow down (Rom 5:12).

If a couple chooses to live together rather than getting married, they affect the perspective of those who observe what they see on the surface and adopt a potentially unhealthy regard for the problems represented by “playing house” rather than building one (Matt 7:24; 1 Cor 6:18). At that point, they’re not just tapping their brakes, their locking up their wheels and causing a legitimate bottleneck.

And when you get into behaviors such as adultery and homosexuality, at that point, you’re coming to a complete stop in the middle of the road and the collective result is a breakdown of the family and ultimately society in general.

We are all the sum total of our education and life experiences. Every bit of that occurred within an environment that either provided a rock solid foundation upon which we were allowed to grow and flourish, or an unstable base that fostered uncertainty and failure.

The “family,” as God created it, is not just a sitcom or a holiday inconvenience. It’s supposed to be an intimate fellowship characterized by confidence, guidance and affirmation all based on the Absolute of God’s Character and Love.

And that’s the thing…It’s God’s Character and Love. It’s not just a piece of paper or an agreement that can be “legally” edited according to a person’s sexual orientation. It’s called, “Holy Matrimony” for a reason and the only impetus for questioning whether or not marriage should be solely between a man and a woman is a desire to remove the Bottom Line of God’s Reality from the human experience.

That’s what makes sexual immorality such a bogus enterprise. Sexual infractions are not merely rebellious moments of pleasure. They devour the strength and the integrity of what a family is and how it’s supposed to function according to God’s Design.

The more deterioration the institution of the family is subjected to, the more damage is being done to people who may look fine on the surface, but are dealing with some gaping holes in their psychological and spiritual makeup. And when you multiply those wounds over the course of several families, you start to impact the culture as a whole and the ramifications are dramatic.

And it’s Not Just Sex

But it’s not just, “sex.” It’s sin in general. Even lying can have a mammoth impact. The Watergate Scandal started off as a single lie that had to be covered up with more and more deceit until it finally erupted into a national scandal that resulted in many doubting the integrity of institutions that, up to that point, were considered trustworthy.

Watergate changed our culture and it introduced a level of cynicism that continues to this day.

It’s Not a Private Matter

Sin is not a private matter. It affects those around you just like the way you affect the flow of traffic on a busy road with the way you drive.

And the results can be disastrous.

But here’s the thing..

The opposite is just as True and even more powerful.

When you take your cue from God, as far as the way in which you route your sexual energies as well as your philosophical pursuits, your practical fortunes have just improved dramatically.

God’s Guidelines, as they’re documented in Scripture are not “rules” as much as they’re “tools” He’s given you to avoid all the pain that accompanies head on collisions and instead be able to enjoy the open road that leads to a genuinely fulfilling life.

Sin isn’t a private matter, but neither is obedience. Both affect those around you and while your ultimate inspiration to obey is to please your King, knowing that your choices impact others is a good motivator as well!