It’s What You Do Believe 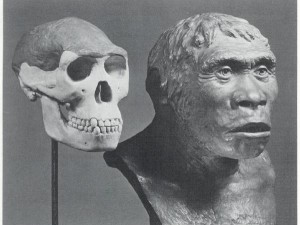 When you hear an atheist talk about what they don’t believe, it’s often articulated in a way that sounds as though his perspective is based on an empirical foundation characterized by reason, science and compassion.

But, here’s the thing…

It’s not what you don’t believe, as much as it is what you do believe.

When you pop the hood on the philosophical framework subscribed to by the atheist who supposedly refuses to accept anything other than what can be scientifically verified, you encounter some scenarios where a fantastic leap of faith is required in order to justify their mindset. In addition, you’ve got an approach to morality and one’s sense of purpose that reeks of personal preferences more than absolute standards which is like a football player insisting he scored a touchdown, not because he moved the ball down the field, but because he moved the goalposts.

As a born again Christian, you see yourself as someone who was on Christ’s screen long before your parents ever met. You were “fearfully and wonderfully made (Ps 139:14)” and equipped with everything you need to make a difference and not just an appearance (2 Pet 1:3). You embrace the moral guidelines coming from God as “tools” and not just “rules” that allow you to, not just succeed and prosper (Josh 1:8; Matt 6:33), but also avoid all of the pain and baggage that goes along with driving on the wrong side of the road (Matt 7:26). And when it’s all said and done, the curtains come up and rather than the show being over, the real performance begins (Rev 21:1-4).

You’re a pointless piece of machinery that exists due to a series of lucky accidents that simply ceases to function the moment you cease to breathe with a purpose and a perspective on ethics that you basically make up as you along.

Doesn’t sound nearly as sophisticated now, does it?

It’s not what you don’t believe, it’s what you do believe.  And when you look at what an atheist actually believes – what they submit as a substitute for God, as far as explaining the origin of life and a basis for morality and significance – their platform is revealed as the nonsensical attempt to declare themselves as their own deity.

Bonus: The atheist platform is presented as being a non-spiritual approach to the human experience. But regardless of it’s substance, it is nevertheless a “religious” framework in that it functions in exactly the same way as a faith based paradigm as far as it being a response to those questions pertaining to creation, life after death, moral absolutes and one’s sense of purpose. From that perspective, any complaint coming from the mouth of an atheist about the “separation of church and state” is not so much as a “concern” as much as it’s a campaign to establish their “religion” as the only religious school of thought permitted in public. In that way, they are the very thing they claim to despise.

The Liberal and the First Amendment

There is no Referee