The God Delusion vs The God Conclusion | Part One – FIT 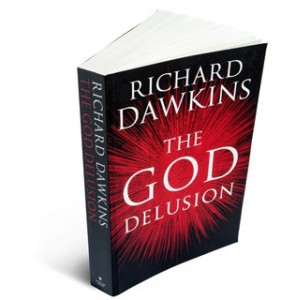 There are three kinds of “data.”

“Facts” are accurate statements. Think of them as headlines. For example:

Both of these statements are accurate. While we know Christ did, in fact, rise, the Pharisees also paid the guards that were guarding the tomb a large sum of money to back up the story that the disciples had stolen the body (Matt 28:11-15). What’s significant is that for someone who’s just glossing over the headlines, the verbiage, albeit very brief, can still shape conclusions for those who don’t take the time to consider the full account. That leads us to the second category:

“Information” is the “facts” in the context of a limited perspective.

A journalist could build a compelling yet misleading article by strategically citing the chief priests, the guards who had been bribed and any one of a number of like minded people.

Can you see the article in your mind’s eye?

By steering clear of any testimony that differs from the accounts of the judiciously selected individuals compiled by the hypothetical journalist, you’ve got an article that’s legitimately accurate (facts) and informative (limited perspective). But because the perspective of the article is limited, while there’s nothing directly stated, there is nevertheless an implication that says Christ is dead and unless the reader is inspired to seek out a more comprehensive perspective, assuming he’s even aware that one is available, he’s waking around sporting a very cynical outlook on the first Easter morning.

Finally, the last category of “data” is…

Truth is an accurate statement that’s been elaborated on in the context of a full perspective. This is the well you want to be drawing your conclusions from. Here is where the right questions are being asked and full disclosure is the norm. In the absence of “truth,” you risk formulating convictions that are fundamentally flawed. This is why you want to ensure that you’re aggressively and intentionally seeking out the “truth,” and not just the “facts.” You don’t even want to be content with “additional information.”

The truth, the whole truth and nothing but the truth.

Consider this quote from John Adams:

“This would be the best of all worlds if there were no religion in it!”

On the surface, you have, what appears to be, a very valid piece of evidence that says our nation’s second President and a founding father was an atheist. Or, at least, a very cynical individual when it came to religion.

John Adams did say it. It’s part of a letter he wrote to Thomas Jefferson. When you consider the statement in its proper context, you arrive at a much different conclusion:

“Twenty times in the course of my late readings, I have been on the point of breaking out, ‘This would be the best of all worlds if there were no religion in it!’ But in this exclamation I should have been as fanatical as [Adams' former pastor Lemuel] Bryant or [his former teacher Joseph] Cleverly. Without religion, this world would be something not fit to be mentioned in polite company — I mean hell.”

Hardly the musings of a man who views religion with a contemptuous sneer. Yet, this is the way in which atheists and progressives sometimes frame their “facts” and “information” when it comes to the religious disposition of America’s founding fathers.

Richard Dawkins categorizes John Adams as a cynical deist, to the point of him being used by Dawkins as evidence of a collective disdain for religion shared by virtually all the founding fathers. He quotes Adams as saying:

As I understand the Christian religion, it was, and is, a revelation. But how has it happened that millions of fables, tales, legends, have been blended with both Jewish and Christian revelation that have made them the most bloody religion that ever existed?”1

But he fails to reference another statement made by Adams:

The Christian religion is, above all the Religions that ever prevailed or existed in ancient or modern Times, the Religion of Wisdom, Virtue, Equity, and humanity, let the Blackguard [Thomas] Paine say what he will; it is Resignation to God, it is Goodness itself to Man.2

As a quick aside, don’t allow yourself to think that being obedient to God’s commands is a laborious drudgery. It’s not. When you’ve got the Holy Spirit living in and through you, you’re not flying solo when you’re confronted with a temptation to make compromises (1 Cor 10:13). When the lights aren’t on (aka, the Holy Spirit is not living in you), you’re approaching temptation the same way a toddler approaches a 285 pound bench press. It’s not going to end well. But when it’s God’s Strength and His Truth that is allowed to animate your actions and your outlook, you don’t even have to strain. Bear in mind, it’s a choice. You can run the red light and plow head on into traffic if you want and God grants you the freedom to make those decisions (Josh 24:2, 15; Rom 8:12-13). As someone who doesn’t have a relationship with Christ, you don’t have the Spirit of God living in you (Rom 8:9), you’re on your own and you’re that overwhelmed toddler. But when it’s God’s Spirit being deployed in the context of those situations, it’s one victory after another.

The Book of Proverbs

Scripture admonishes us to do as much. Proverbs 4:7 says:

Wisdom is supreme; therefore get wisdom. Though it cost all you have, get understanding. (Prove 4:7)

And wisdom begins with a reverence for God. That’s the top button.

The fear of the Lord is the beginning of wisdom, and knowledge of the Holy One is understanding. (Prov 9:10)

Understand that wisdom, from a biblical standpoint, is more than just knowledge. It’s the “ability to judge correctly and to follow the best course of action, based on knowledge and understanding.”3 While this “ability” is based in part on one’s discipline in the context of academic pursuits, it derives it’s true accuracy and application from an intentional pursuit of God’s Power and Perspective. In short, it’s a Divine Perspective properly applied (1 Cor 2:16; Col 1:29; Jas 1:5-8.

Here, then, is where you see the real distinction between having access to the directions and actually following the directions –  the difference between Facts, Information and Truth.  Anytime you buy something that requires some assembly, you can gloss over the instructions, believing that your intuition can more than make up for a careful study of the manufacturer’s counsel. More often than not, however, those instructions prove invaluable in being able to put your new resource together correctly. And however prudent it may be to follow the instructions in the assembly of your nephew’s new swing set, it’s absolutely crucial that you follow God’s Instructions when it comes to the whole of life (Jn 14:21; Rom 8:11).

And when you’re listening to people like Richard Dawkins, or people who think like him, use the same technique. Recognize the difference between Facts, Information and Truth. Don’t let a carefully crafted platform based on an intentionally watered down perspective replace the full perspective and the truly accurate convictions that flow from that approach.