My Imaginary Conversation with Oprah 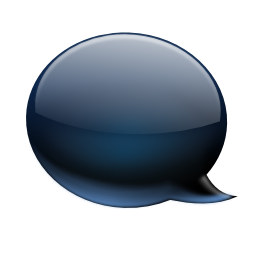 Oprah has been quoted as having said that her view of God was changed after hearing her pastor refer to God as “jealous.” This is an imaginary conversation between Oprah and myself where I suggest that “jealousy,” when processed from a perspective that accommodates the Hebrew language, isn’t a reason to doubt the Character of God, rather it’s another reason to appreciate the Love of God.

Bruce: Oprah! How are you doing? Man, it’s a treat to be talking with you.

Bruce: I wanted to ask you about something I saw on the internet where you were apparently put off a little bit by your pastor referring to God as a “jealous” God.

Here’s what I heard:

Years ago I went faithfully, 8 o’clock service, 12 o’clock service. I was a tither. I was making 227 dollars a week, and I tithed 22 dollars and 70 cents every week. But after Jim Jones led the mass suicide in Guyana, I started to feel differently. The church I went to had a really charismatic pastor—you had to show up early to get a seat—and I remember sitting there one Sunday while he was preaching about how “the Lord thy God is a jealous God, the Lord thy God will punish you for your sins.” I looked around and thought, “Why would God be jealous? What does that even mean?” And I’m looking at the people in the church, and everybody’s up, shouting. And I started wondering how many of these people—including myself—would be led to do whatever this preacher said. That’s when I started exploring taking God out of the box, out of the pew. And eventually I got to where I was able to see God in other people and in all things—in graciousness and kindness and generosity and the spirit of things1.

Oprah. Yes, that started a “journey” that has me where I am today I terms of my perspective on spiritual things.

Bruce: Did you ever look that passage up and pop the hood a little bit as far as researching the Hebrew and try to get a better picture of what that verse was saying?

The reason I’m asking is because I’m convinced there are a lot of people out there that don’t really “own” their faith. One thing that impresses me about you is that, while you and I are probably sitting on opposing sides of the aisle on several issues, you can explain what you believe and why. My concern is that while you’ve invested some time in formulating what you believe, if your starting point is characterized by information that is either flawed or incomplete, than your conclusions are bound to be inaccurate and I wanted to run some things past you and see if they don’t at least give you some food for thought.

Oprah: OK. What’ve you got?

Bruce: Alright, first off: When you compare the English language to the Hebrew, you don’t have access to as many “colors.”

Oprah: What do you mean?

Bruce: Well, imagine you’re painting a picture of a landscape. You’ve got all sorts of tones and hues in front of you, but while the “Hebrew” brand of paint offers a sufficient number of colors to accurately reproduce the landscape you’re painting, the “English” brand is limited.

Oprah: So what does that mean?

Bruce: What that means is that when you see a word like “jealous,” you want to be certain that the English translation captures ever nuance and “color” that word possesses in its original Hebrew version. If you don’t do a little research, then you risk making some assumptions that aren’t accurate.

Oprah: Well, what else could “jealous” mean?

Bruce: OK, you’ve got four words that are used to describe God as jealous:

Qana is all about protection, much like a bird will gather her chicks beneath her wings to protect them from predators. The second word, Qin ah, is literally, “redness of face.”6 This is where you’re getting into some passionate zeal, which isn’t always healthy, in light of the fact that “passion” can be inspired by something not entirely honorable. But that’s not an issue where God is concerned.

Do you remember in 1 Corinthians 13:4 where Paul defines “love?” He says, “Love is patient…”

Bruce: Exactly. The next part of that verse says, “Love does not envy.” So connect the dots for a moment. 1 John 4:6 says “God is love.” In light of the fact that He is the ultimate manifestation of Perfect Love, “envy” is off the table as far as how Qin ah could be anything other than a completely righteous zeal for the love of His bride.

Does that make sense?

“Envy” seeks to posses something that is not mine. “Jealousy,” in the way it appears in its more noble manifestation, seeks to protect that which is mine. So when you position that adjective as a descriptor of God, you’re not introducing a character flaw, rather you’re adding another color of compassion to the picture of God’s Perfect Love.

The other two words are Qanna and Qanno. Both of these words are unique in that they’re only used as descriptions of God. The fundamental meaning of Qanna, relates to a marriage relationship – the kind of feeling a husband has in terms of being the only object of his wife’s’ affection and commitment. Again, while we can envision a jealous husband being influenced by feelings of insecurity or overly controlling, such is not the case with God.

Qanna is a synonym for Qanno, although, and while the imagery of a committed husband is an appropriate illustration in both instances, Eugene E. Carpenter, author of “Holman Treasury of Key Bible Words,” adds the fact that God is not only jealous for His bride’s affection, but is also passionate about protecting her from those who would do her harm as is referenced in Nahum 1:2.

Oprah: So, the bottom line is…?

Bruce: The bottom line is that God being described as “jealous” needs to be processed from a perspective that takes into account the Hebrew language. When you do that, the end result is not a reason to doubt the Character of God, rather it becomes yet another reason to appreciate the Love of God.

Have you ever enountered something about God that didn’t make sense? Were you able to glean from the Scriptures something that cleared it up or was it one of those things that’s always been a question mark?
A Life That Looks Rewarding as Opposed to an Existence That Looks Restricted I Ain't Innocent!