Robert Reich and His 5 Points to Counter the NRA 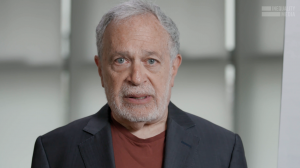 Robert B. Reich is Chancellor’s Professor of Public Policy at the University of California at Berkeley and Senior Fellow at the Blum Center for Developing Economies. He served as Secretary of Labor in the Clinton administration, for which Time Magazine named him one of the ten most effective cabinet secretaries of the twentieth century. He is very much a Left leaning educator and public speaker and reveals himself as such by praising Socialism, a single payer health care system and a 90% income tax rate.

It’s important to acknowledge his political paradigm because any time you hear someone with that kind of background voice their problems with the NRA or any other issue that is traditionally supported by a Conservative viewpoint, you want to be extra diligent in the way you process his statistics and his platform overall.

He recently published a video where he articulates “Five Points to Counter the NRA.” It’s an effort to counter what he refers to as “NRA propaganda.” It’s a tragedy when the defense of one’s Second Amendment right is referred to as “propaganda,” but then, this is how Progressives champion their rhetoric – by implying that anyone who doesn’t agree with them is evil, cruel and ignorant.

His platform is well presented, but there’s more to what he would say than what he communicates and in the end, his presentation isn’t so much a refutation of NRA or the logic he would use to edit the Second Amendment as much as it’s yet another example of how the Left manipulates the facts in an effort to undermine the truth.

Reich quotes figures that come from a 1994 assault weapons ban that supposedly resulted in a decrease in instances of gun violence in which six or more people where shot and killed by 34%. To cite that legislation as a slam dunk is misleading. Fact is, the ban had a very small effect on gun violence and you can check that out at https://www.factcheck.org/2013/02/did-the-1994-assault-weapons-ban-work/.

Bottom line: You don’t need an assault rifle to kill several people in one episode. You can do it with any one of a number of options which is referred to in a report by Christopher Koper in 2003 dealing with mass murders that said whatever decline might’ve occurred in large scale killings that resonated as conclusive was “offset throughout at least the late 1990s by steady or rising use of other guns equipped with [large-capacity magazines].”

And as far as the number of victims increasing by 200% since 2004, it’s not the frequency of the tragedies, it’s the body count. The number of mass shootings today isn’t much different than what they were in the 80′s and 90′s. It’s not the weapon, it’s the character and the decadence of the one holding the weapon.

2) The Framers’ intent was to allow for a “well regulated militia” not the means by which people could terrorize their communities.

True. But if you refer to James Madison, the one who is considered to be the “Father of the Constitution,” he defined the militia as something that was composed of the “body of the people.” In other words, you cannot state that the Founders were referring to the National Guard in the Second Amendment without overlooking the intent and the supplemental writings of those involved in crafting the Bill of Rights. You can see an example of that when you look at a comment made by Madison on June 8, 1789:

“The right of the people to keep and bear…arms shall not be infringed. A well regulated militia, composed of the body of the people, trained to arms, is the best and most natural defense of a free country….”
(James Madison, I Annals of Congress 434 [June 8, 1789]).

The emphasis being on “the body of the people.” Not weekend warriors in uniform, rather the general populace.

3) More guns will not make us safer.

Reich refers to 30 careful studies that show that guns are linked to more crimes, rapes and others. He elaborates by stating that most violent crime involves a weapon. Exactly. That’s part of what makes that particular genre of criminal activity so destructive. But if the law was sufficient in and of itself, then the fact that murder is illegal should be enough of a deterrent to prevent one person from killing another. But it’s not. How do you suppose someone who has no regard for the law is going to be affected in his resolve to procure a weapon simply because it’s “illegal?” Can you not see the nonsensical dynamic of this whole argument?

And by the way, polls and studies have their place. But anytime you see a poll or report cited by the Left, you need to pop the hood on said study and see what questions were being asked and how they were posed. For example:

Question: “Do you support common sense precautionary measures where guns in the home are concerned?”
Answer: “Yes!”
Conclusion: The majority of America supports rewriting the Second Amendment.

There is very little that one can be certain of when it comes to “statistics” when the entity conducting those studies has an agenda directing their findings.

One other example is this article in Vox where the author insists that fewer guns result in fewer gun related deaths and quotes the gun control / confiscation that happened in Australia in 1996. Very few journalists will even mention the fact that in the aftermath of 650,000 guns being confiscated, Australia saw a spike in manslaughter, sexual assault, kidnapping, armed robbery in the aftermath. Did they involve a gun? Some did, some didn’t but the notion that less weapons means less crime is bogus.

It all depends on how phrase the question. Click here to see a study that shows how less than half of America favors stricter gun control laws:

5) The NRA is a special interest group with a stranglehold on the Republican party.

Anytime the Left is interested in making a point, they will focus on “feelings” and indict anyone who differs with them as either being hopelessly stupid or genuinely sinister. This claim is an example of that. Does the NRA make political contributions? Absolutely! Over the course of the last 20 years, the NRA has contributed 3.5 million dollars. But compare that dollar amount to what Tom Steyer, the anti-global-warming activist gave to Democrats in 2016 alone: 90 million. In terms of lobbying and political contributions, the NRA and the gun industry generally spend next to nothing compared with the big players. According to OpenSecrets, the NRA spent $1.1 million on contributions in 2016 and $3 million on lobbying. The food and beverage industry has spent $14 million on lobbying in 2017 alone. Alphabet, Google’s parent company, spent $9 million on contributions in 2016 (click here to read more).

Dems act all indignant when it comes to lobbying provided the lobbying is done by an entity that they despise. But pop the hood on the lobbying that occurs in their camp and not a critical word is spoken.

And bear in mind as well that it’s not so much about the money as much as it’s about the votes. The NRA doesn’t have to spend much money to clarify to their political allies that their constituents care deeply about about gun rights. That isn’t the case with some of their liberal counterparts and the topics they want to force down the throats of the American populace. Still, any money spent by the NRA will be underscored as a sinister mechanism despite the excessive amount of cash and favors that occur under the table in the world of Progressive politician.

Any content coming from the Left needs to be examined for literary slight of hand and statistical padding because, in the end, they don’t have a point as much as they have a problem. That being that they’re not in charge and the promises Trump made during his campaign are being honored which leads to the strengthening of the nation that Obama so zealously strove to weaken.

There you have it!