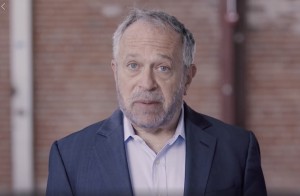 Robert Reich is an American political commentator, professor, and author. He served in the administrations of Presidents Gerald Ford, Jimmy Carter, and Bill Clinton. He was Secretary of Labor from 1993 to 1997. He was a member of President-elect Barack Obama’s economic transition advisory board. Recently, he put out a video in association with moveon.org that accused President Trump of lying about immigration and he sets out to destroy several of Trump’s statements as myths.

The problem is that Reich overlooks a lot of research and statistics that reinforce Trump’s stance and, given the obvious left-leaning political disposition of Reich, you can’t help but want to pop the hood on what he’s saying to see if he has a point.

You be the judge…

I) Immigrants Take Away American Jobs

This is the first lie that Trump is supposedly circulating. Reich insists that immigrants add to economic demand and therefore create the need for more jobs.

On the surface, that might seem like a credible perspective, but here’s the problem: It’s not the number of jobs, it’s the fact that immigrants are willing to work for a lot less than their American counterparts. As a result, illegal immigrants are working those jobs that would otherwise be staffed by American citizens.

It’s interesting because back in 1995, Reich himself  said, “Undoubtedly access to lower-wage foreign workers has a depressing effect [on wages].” If an employer is looking at two equally qualified candidates and one is willing to work for $7.00 an hour and the other isn’t willing to work for less than $10.00, who do you suppose gets the job?

Reich says America is aging and we therefore need more people to support those will be retiring. The problem with that idea is that 52% of legal immigrant households with children are on government assistance. In all, nearly 60% of immigrants – illegal and legal – are on government assistance compared to 39% of native households. It’s virtually impossible to be supporting other people when you can’t support yourself.1

III) Immigrants are a Drain on Public Budgets

Here, Reich attempts to combat this reality by saying that undocumented immigrants paid 11.8 billion dollars in state and local taxes in 2012 and that would increase another 2.2 billion assuming comprehensive immigration reform would occur.

Champions of illegal immigration will quote statistics like the fact that in 2014, the IRS collected over 9 billion dollars in income tax from those filing using an ITIN (Individual Tax Identification Number). This coming from roughly 4 million illegals. On the surface, that doesn’t look especially unhealthy. However, when you consider the number of illegal immigrants that live in this country, that figure becomes disconcerting.

The number of illegal immigrants is a figure that comes from census data. In other words, it’s assuming that an illegal immigrant is answering a survey. People who have left their families, paid hefty sums to smugglers, travelled thousands of miles and have broken American law in order to enter this country have little incentive to answer a US government questionnaire.

Bear Stearns is a global investment bank. In 2005, they had some financial interests that were linked to, what needed to be, an accurate number of illegal immigrants in this country. Unfettered by any kind of political agenda, analysts Robert Justich and Betty Ng estimated the total number of illegal immigrants at being around 20,000,000. Bear in mind, they were advising clients about something important: their money!2

The very next year, Donald L. Barlett and James B. Steele – two Pulitzer-prize winning journalists for Time magazine, did their own study and concluded that “the number of illegal aliens flooding into the U.S. this year will total 3 million – enough to fill 22,000 Boeing 737-700 airliners, or 60 flights every day for a year. It will be the largest wave since 2001 and will roughly triple the number of immigrants who will come to he U.S. by legal means.”3

That was 2006. So assuming that number has stayed consistent, that means today we have an additional 36,000,000 illegals in this country. So, let’s not be too excited or too casual when we hear that we’ve collected 9 billion dollars from 4 million illegals. That’s a toxic number when you compare it to the actual number of illegals that are living in this nation.

Reich says that he net rate of illegal immigration into the US is 0%. Again, this is going to be based on census data which is not reliable. As the aforementioned analysts Justich and Ng told the Wall Street Journal, “the assumption that illegal people will fill out a census form is the most ridiculous concept I have ever heard of.”4

Reich concludes his video by suggesting that Trump, or anyone who thinks like him when it comes to illegal immigration, are looking to blame immigrants for the economic tensions facing the middle class. He says it’s all part of a game that’s rigged to favor the wealthy and the better approach is to work towards “comprehensive immigration reform” that gives illegals a pathway to citizenship.

Question: What is it that makes illegal immigration so difficult to define as a problem when the facts are so obvious? And bear in mind, we’re just looking at what the Left chose to address in the context of Reich’s video. We’re not looking at the criminal activity that’s happening within the ranks of illegals. It truly is a problem! Who is it that gains by defending illegal immigrants?

This comes from the “Center for Immigration Studies” in an article entitled, “Immigration, Political Realignment, and the Demise of Republican Political Prospects” written in 2010.

A comparison of voting patterns in presidential elections across counties over the last three decades shows that large-scale immigration has caused a steady drop in presidential Republican vote shares throughout the country. Once politically marginal counties are now safely Democratic due to the propensity of immigrants, especially Latinos, to identify and vote Democratic.

You be the judge.

What's the Prize? That's Going to be a Good Day!

One thought on “Reich and Immigration”