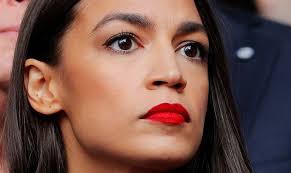 “I’m not saying that Bill Gates or Warren Buffett are immoral, but a system that allows billionaires to exist when there are parts of Alabama where people are still getting ringworm because they don’t have access to public health is wrong,” Ocasio-Cortez said during an event honoring the legacy of Martin Luther King Jr. on Monday.

Why are the people she’s referring to not employed? Why do they not have health care?

Of those who she’s addressing…

Some who are homeless served in the military. Of those who served…

There are people who are truly destitute and you don’t want to be indifferent to their situation. That’s charity.

But there are people who are homeless because of a host of truly bad decisions and they are now reaping what they have sown. And while they still may merit some assistance, to put them in the same category as those who are genuinely struggling because of some tragic circumstance, is neither wise nor practical. That’s a subsidy.

The mantra being proclaimed by Ortez is typical of the mindset that seeks to demonize anyone who’s even remotely successful as corrupt and apathetic to the needs of those who are poverty stricken. They are the Progressive Left and the Socialists who ignorantly insist that Capitalism is “immoral.”

Socialism is a philosophy of failure, the creed of ignorance, and the gospel of envy, its inherent virtue is the equal sharing of misery.

Prager University has a great piece on this entitled “Capitalism vs Socialism.” While they approach it from a different angle, it’s the same message in that the individual no longer has the freedom to determine the degree of their own success. They now answer to a governmental throttle that dictates who does what and to what extent.

Gone are the days when you can dream and accomplish whatever you like. Now, you surrender all of those options and possibilities to a legislature that defines your needs and your wants. You no longer have the authority to choose, that choice is now being made for you all in the name of ensuring that no one gets ahead and thereby making someone else feel like they’re getting left behind.

For some, this is good news. They’ve squandered the opportunities they’ve been given and want to blame a “system” for the situation they’re in. What better way to advance themselves without having to take responsibility for their actions?

But it’s a toxic fume they’re inhaling because it’s capitalism that provides the best way to elevate one’s self beyond the restrictions of poverty and this is demonstrated, not only in our own society but throughout the world. And not only do you see this evidenced in India and China, but you also see it in the way mere financial aid has accomplished virtually nothing. Poverty is best eliminated in the context of sustained economic growth as opposed to perpetual contributions that rarely translate to anything beyond a temporary respite as opposed to a permanent fix.

Still, AOC, and those who think like her, continue to preach the doctrine of socialism. Even the idea of a Universal Basic Income is being entertained by some as way to “address” the problem of economic disparity and those who seem forever destined to remain in the grip of poverty and want.

Why are these people in the situation they’re in? Rather than limit one’s assessment of their situation to their bank account and the contents of their refrigerator, should a sensible analysis of their predicament not include the decisions they’ve made and let that determine the extent to which they’re assisted?

If capitalism has been the single most effective way to eliminate poverty in our country and throughout the world, then should it not be a philosophical starting point for the way we address the poor in this country.

And I would say that you begin the whole process of determining a person’s need for assistance by asking them why they aren’t employed, why were they fired, why they didn’t take advantage of the programs they had access to?

Bruce Gust is nine year veteran of the USMC. Upon graduation from High School, his father was incarcerated for tax evasion. There was no money for college. However, he was able to earn a Bachelor’s Degree in Business Administration by attending night school, taking one or two courses at a time during his enlistment. After his discharge, he made his living as a professional musician with his career culminating in a record deal that gave him the opportunity to hear his efforts played on the radio across the country. After coming off the road, however, he was compelled to reinvent himself in a way that would allow him the means to support his new bride and growing family. He did so by teaching himself how to build web applications.

His story is not especially glamorous, but it’s evidence that this country is not antagonistic to those who lack the means to afford a college education or to successfully evolve from a professional standpoint when circumstances make it necessary to do so. It’s because of his own experiences combined with his knowledge of American history that he’s determined to believe that you don’t evaluate a system according to the way it’s abused, anymore than you assume a person is a victim of circumstances without first considering the path that has forged by their own decisions.