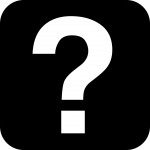 That’s the question that, I believe, can lead to some real solutions as opposed to political jousting and cultural angst.

Mind you, it’s not a one shot kind of inquiry. It’s a series of investigative questions that peel back the multiple layers of surface elements and reveal what is either a larger picture or a much simpler resolution than what would otherwise be the case.

Because kids are being shot by armed thugs in schools.

Why are thugs shooting kids in schools?

Pause for a moment…

Is it because they’re armed or because they’re disturbed? Making guns illegal DOES restrict those who regard the law as being an absolute, but it has NO affect on a disturbed individual who’s resolved to commit a murder anymore than drugs being illegal convinces an addict that they shouldn’t be breaking the law by snorting, shooting, inhaling or whatever they feel like they need to do.

Because, according to Barack Obama, there are “yawning disparities” in wealth and education and providing a base income will help these people get the training they need to find better jobs and improve their financial situation.

Why are there “yawning disparities?”

Because many young people growing up in low income urban areas are not getting a quality education.

Why are they not getting a quality education?

Several reasons and you can read more about them by clicking here. There you’ll read how schools are funded by Federal, State and Local tax dollars. The problem, however, is that when you’ve environments that are violent, poverty stricken and out of control, no matter how much money you spend, you never really solve the problem.

Why are the classroom situations so out of control?

Because the kids are out of control.

Why are the kids out of control?

Because their home lives are oftentimes terrible. Inner city kids are typically living in a home where the father is absent which, by itself, statistically translates to a host of dynamics including more likely to be incarcerated and are four times more likely to be poor.

Why is the father absent?

Good question. But whatever the reason, one thing is certain. That question is not answered with a government subsidy or another piece of legislation.

The thing that is so frustrating is that throughout our nation’s history, there has always been a constituency that wants to gloss over the “why” and instead focus on something that doesn’t even come close to a solution let alone a logical response. It may sound good and it may pacify some to an extent. But in the end, it’s pointless if not positively sinister because of the way it makes a bad situation worse and, in some instances, contributes more to the moral and spiritual decay that is constantly eating away at the very foundation that gives people the chance to excel.

Obama is a fool and a fiend as are those who think like him. The solution is not difficult to discover but you have to ask the right questions in order to arrive at the right conclusions. And the first question to ask, typically, is…

Jim Acosta and Freedom of the Press Peter Strzok - I Really Don't Care What You Appreciate...