But How Do You Know? 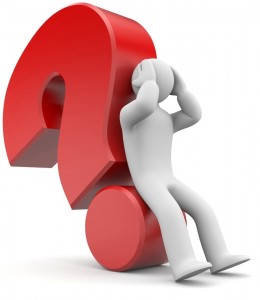 How do you know the Bible is true?

If the basis for your belief in Christ includes the substance of Scripture, which it invariably does, how do you respond to a question that must have an element that qualifies it as something consistent with the tone of verses like 2 Timothy 4;2, 1 Peter 3:15 and 2 Peter 1:16? “Being prepared” should include a defense that goes beyond what can be perceived as nothing more than an ethereal faith.  Where is the logic? What is the “common sense” that points to the Bible as being both relevant and accurate?

Anything that falls in the category of “a long time ago” has to be processed according to the evidence which validates that event or person as being authentic. In the absence of footage or a recording of some kind, you’re restricted to eyewitnesses and if those aren’t an option, then you’re going with archeology and various antiquities that demonstrate the authenticity of whatever you’re considering.

The Bible is not short on credibility from a historical standpoint. Nelson Glueck, the renowned Jewish archaeologist, wrote:

“It may be stated categorically that no archeological discovery has every controverted a biblical reference.” He continued his assertion of “the almost incredibly accurate historical memory of the Bible, and particularly so when it is fortified by archaeological fact.”1

The New Testament is no less substantial in its historical accuracy. Merrill Unger was a prolific writer, archeologist, teacher and pastor. He writes,

“The Acts of the Apostles is now generally agreed in scholarly circles to be the work of Luke, to belong to the first century and to involve the labors of a careful historian who was substantially accurate in his use of sources. 2

So, the evidence is there to substantiate the conviction that the Bible is, at the very least, historically accurate. It follows, then, that the account of Jesus is likewise accurate. Still, it amazes me how regardless of the amount of evidence to support the authenticity of a particular event or the accomplishments of a historic individual, some will nevertheless doubt and maintain a cynical disposition regardless of how compelling and / or obvious the evidence may be. The Holocaust, for example. There are people who insist that it never happened. It’s ridiculous, yet it’s never beyond a determined individual to doubt even something in recent history if their philosophical framework will not allow it.

It’s not a dynamic reserved for contemporary cynics, however. In the book of Exodus, you’ve got the Hebrews doubting the existence of God Himself, having just witnessed the Passover and walked across the dry bed of the Red Sea. They were within several weeks of these monumental spectacles and yet when Moses seemed to be dragging his feet in coming down from Mount Sinai, the Jews decided to invent a whole new religious paradigm (see Ex 32)!

So, when asked “How do I know?”, although there is an abundance of evidence from the standpoint of archeology, art, music, literature, architecture, along with 2,000 years of radically changed lives, “evidence” is not always compelling, especially in the mind of someone who’s philosophically invested in being a cynic. So, with that in mind, beyond that which is empirical, is there something that falls within the category of “logical” that can substantiate the credibility of Scripture?

Two things:Unless the Bible is True, it makes absolutely no sense. Those who doubt it’s authenticity want to suggest that it’s an effort on the part of a sinister and lunatic constituency to manipulate and influence the masses, but that makes absolutely no sense. Your Hero, while a charismatic and popular teacher, is nevertheless a fool in the way He agitates the establishment and succumbs to a violent and gruesome death. Most of your principal characters are epic failures from a moral standpoint. There’s very little about Scripture that can be cast as a promotional brochure. Luke 9:23 says that if anyone wants to follow Him, they’ve got to “deny” themselves and “take up their cross.” Hardly the verbiage you envision as part of a promotional campaign.

It is utterly nonsensical.

Now, it all makes sense. Christ wasn’t foolhardy, He was resolved. All of the principal characters like Moses, Abraham and the Apostles – they’re not intended to be anything other than examples of how even in the midst of some dramatic human frailties, God can accomplish great things.

The bottom line is: Apart from it being True, the Bible could not have endured as anything other than a local legend that would’ve quickly faded as a ridiculous story, especially given the way it was so offensive to the Jewish religious establishment as well as the Roman government to the point of being lethal should you determine to believe it, let alone champion it.

But because it is True…

…it IS the Word of God and Christ IS the Bread of Life.

PS: Ravi Zacharias is an amazing mind. Brought up in India, he became a Christian in the aftermath of an especially dark time in his life. Today he’s a Professor of World Religions and a powerful champion of Christianity in the context of debates and lectures that he does all over the world.