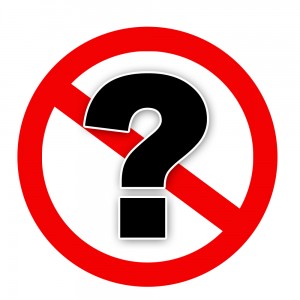 Popping the Hood on Scripture

The critic bangs his hand on the desk and insists that unless he can break down the Word of God to the point where it can fit comfortably within the boundaries of his intellectual preferences, his skepticism will remain intact and the condescending tone he uses when he addresses believers in Christ will also remain decidedly sarcastic.

When confronted with a situation in Scripture that doesn’t make sense, the believer responds as a diligent student does when they are challenged by something in the classroom they don’t understand. They don’t accuse the professor as being flawed, nor do they doubt the integrity of the curriculum. Rather, they proceed as someone who needs to learn as opposed to someone who wants to critique.

It’s the philosophical starting point that distinguishes the cynic from his Christian counterpart. The atheist needs to keep the Reality of God at an arm’s distance and therefore keeps the curtains drawn in order to maintain the illusion that man’s ability to reason is subordinate to the One Who gave him that ability to begin with. The Christ-follower, on the other hand, recognizes the limitations of the human perspective and, in the face of something seemingly illogical, labors to understand in the light of God’s Identity and Authority.

Still, you can’t simply say “If the Bible says it, then I believe it” and not come across as academically anemic. The passages cited by critics as evidence that the Bible is less than credible, can be resolved, you just have to be willing to pop the hood on Scripture and do some digging.

The problems and questions dealt with in this volume have been directed to me during the past thirty years of teaching on the graduate seminary level in the field of biblical criticism. As an undergraduate at Harvard, I was fascinated by apologetics and biblical evidences; so I labored to obtain a knowledge of the languages and cultures that have any bearing on biblical scholarship. As a classics major in college, I received training in Latin and Greek, also in French and German. At seminary I majored in Hebrew, Aramaic, and Arabic; and in post-graduate years I became involved in Syriac and Akkadian, to the extent of teaching elective courses in each of these subjects. Earlier, during my final two years of high school, I had acquired a special interest in Middle Kingdom Egyptian studies, which was furthered as I later taught courses in this field. At the Oriental Institute in Chicago, I did specialized study in Eighteenth Dynasty historical records and also studied Coptic and Sumuerian. Combined with this work in ancient languages was a full course of training at law school, after which I was admitted to the Massachusetts Bar in 1939. This gave me a thorough grounding in the field of legal evidences. Additionally, I spent three years in Beruit, Lebanon, in specialized study of modern literary Arabic. This was followed by a month in the Holy Land, where I visited most of the important archaeological sites. 1

Dr. Gleason Archer (see call out to the right) says as much in the preface to his book “Encyclopedia of Bible Difficulties.”

As I have dealt with one apparent discrepancy after another and have studied the alleged contradictions between the biblical record and the evidence of linguistics, archaeology, or science, my confidence in the trustworthiness of Scripture has been repeatedly verified and strengthened by the discovery that almost every problem in Scripture that has ever been discovered by man, from ancient times until now, has been dealt with in a completely satisfactory manner by the biblical text itself – or else by objective archaeological information.2

And when it comes to one’s approach to apparent discrepancies in Scripture, he says:

Be fully prepared in your own mind that an adequate explanation exists, even though you have not yet found it. The aerodynamic engineer may not understand how a bumble bee can fly; yet he trusts that there must be an adequate explanation for its fine performance since, as a matter of fact, it does fly! Even so we may have complete confidence that the divine Author preserved the human author of each book of the Bible from error or mistake as he wrote down the original manuscript of the sacred text.3

At the end of the day, it’s not just what the Bible says, it’s what the Bible is. That’s what makes this exchange both significant and distinctive. We’re not merely gauging the authenticity of an ancient text. The question on the table is whether or not God exists and is the Word of God, in fact, His Message to us? Or, is it merely a religious comic book without the pictures? The critic needs it to be the latter in order for their worldview to remain intact. But however fortified their defenses may be – regardless of the rapid abundance that characterizes their rhetoric – their stance needs to be countered with something compelling and in a way that points them to the Truth (Jn 14:6).

The following ten questions are posed in a video on youtube entitled “Ten Questions Christians Can’t Answer.” The questions are not the sort that break new ground as far as Bible difficulties are concerned and like the objections that have been raised in the past, there are rebuttals and explanations, it’s just a matter of referencing books like Dr Gleason’s “Encyclopedia” or any one of a number of other similar resources, not to mention Scripture itself.

The final frame of the video states that the “silence is deafening.” We want to make sure we can break that silence with something that not only addresses the questions, but more importantly provides an approach to God and the Message of that gospel that’s intellectually sound – unobstructed by questions that seemingly have no answer. In that way, it’s not only their intellect that’s satisfied, it’s their soul as well.

1) When Noah’s ark landed, how did the Kangaroos make it back to Australia?

There’s an article you can access by clicking here that elaborates on a time when the continents as we know them today were actually one solid land mass. That would give both animals and people the ability to migrate without having to contend with the insurmountable obstacle of an ocean between them and where they would ultimately make their home.

2) If the ark was covered in pitch, it also made it air tight. How did they survive for 40 days and 40 nights since Noah couldn’t open the window?

Probably because the areas that were covered in pitch were those that came in direct contact with the water as opposed to the airtight coffin you interpret the ark to be.

3) Why were Adam and Eve punished for eating from the Tree of the Knowledge of Good and Evil when they didn’t / couldn’t understand what they were doing?

They did understand what they were doing in that they had been told not to eat from that particular tree (Gen 2:17).

4) Why would God place the Tree of the Knowledge of Good and Evil so close to His innocent creation, then allow Satan to tempt them and all the while stand back and do nothing?

Love and obedience go hand in hand (Jn 14:21) and love isn’t love unless its voluntary. In the absence of a choice, you don’t have love as much as you have a calculated reaction.

What would it take to create a loving world void of evil? A world in which love is capable of meaningful expression and experience would also imply a world in which there is choice. If someone tells you that they love you, those words mean something because they are freely given. If you learned that someone had told you they loved you but that they had been forced to say it, their words would not mean very much. Thus, if we want to speak of a loving world, we must also speak of a world in which choices are exercised. And in such a world, there is also the possibility of choosing a course of action that is not loving, i.e. evil.

5) When the women went to Jesus’ empty tomb, was the stone already rolled away, or did an angel roll it away after the women got there?

When looking at the four gospel accounts, Matthew 28:2 is worded in a way that’s distinct from Mark 16:1-5, Luke 24:1-2 and John 20:1. Matthew reports the scene of the empty tomb in a mannerthat makes it sound as though the stone was rolled away upon the arrival of the women that had come to care for Jesus’ body as opposed to it happening prior to their arrival. The NIV Text Note elaborates on the Greek verbiage used in the text as being past tense so there’s no inconsistency between the four accounts, even though there might appear to be.4 See also James 1:13.